Many of you had been hoping that Rocket League for PS3 would turn out to be a reality after a ratings image leak suggested this to be the case, fuelling intense speculation over the last 24 hours.

Unfortunately though, we can confirm that there will definitely not be a Rocket League PS3 release date happening.

Developers Psyonix have taken to Twitter to discuss the rumor straight away and said that the ratings leak was from their initial ratings submission which included the PS4 version prior to release. 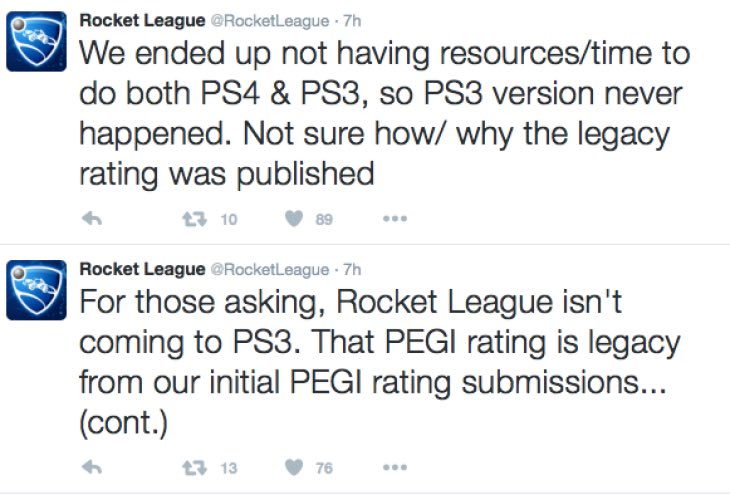 They added that they intended to make a PS3 version at the start, but ultimately due to resources and time they couldn’t make both a PS4 and PS3 version – so ultimately PS4 obviously took preference.

Hopefully that clears it up for those that had been getting excited about it finally happening. It’s a shame to see, but at the same time Rocket League has proven to be a massive success on PS4 so it’s a good reason to upgrade if you haven’t had the chance to play the game yet.

Are you disappointed about this, or can you understand the decision to focus on PS4 with many other studios doing the same thing?