There has been a massive new Rocket League update this week, with the developers now releasing patch 1.34 on all platforms.

We know that many of you had been shocked with the huge file size and we can now confirm that the update is 740MB on PS4, 1.9GB on Steam but a whopping 2.9GB on Xbox One.

We’re not sure why the difference between Xbox and PS4 versions is so much considering it is the same update but here are the Rocket League 1.34 patch notes for you to take a look at. 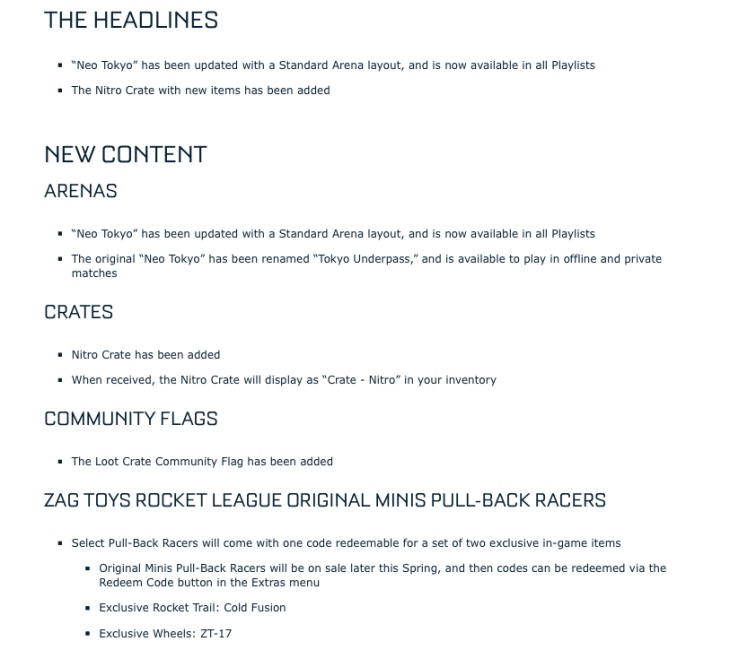 As you can see, this update sees the return of Neo Tokyo while we know many of you are already really excited about the new Nitro Crate content as well.

Take a look at all of the new additions above, but this update also includes a long list of bug fixes which is probably why the file sizes are so big. 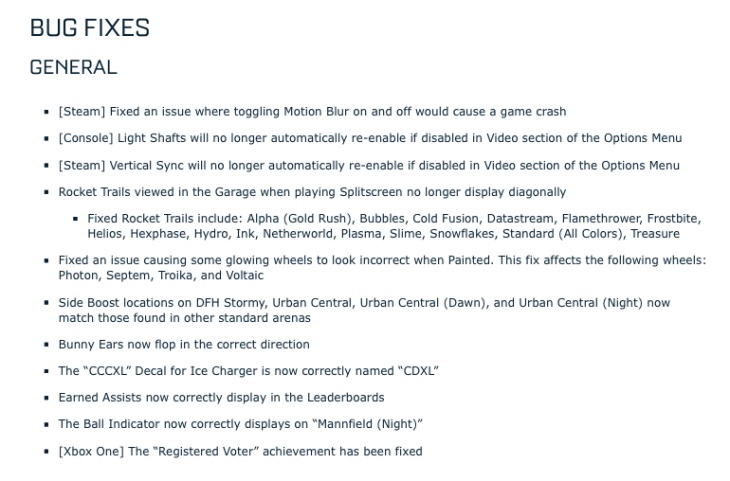 Give us your thoughts on this update and what you like most about it!