If you enjoy playing the Rock Band game on a console such as the PlayStation 3, Nintendo Wii, DS, PSP or Xbox 360, then imagine what it would be like to be able to play it on your Apple iPad or iPhone. Well you don’t have to imagine any more, as an iOS version has now been released onto the App Store.

According to Stephany Nunneley over at vg247.com, EA Mobile and Harmonix made an announcement today that the Rock Band: Reloaded (for iPhone/iPod Touch) and Rock Band: Reloaded HD (an iPad-exclusive) games have been made available on the Apple App Store and can now be downloaded. 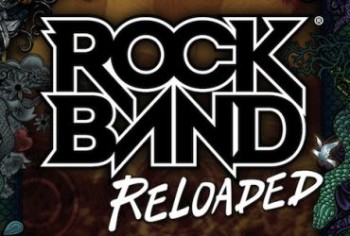 There are more than 20 tracks currently available including songs from artists such as Nirvana, Nine Inch Nails and Billy Idol, with additional songs being released throughout the holidays. Users also have another way to play the Rock Band: Reloaded game, by singing into their iPhone, iPad or iPod Touch.

However, you might not want to take that option if you are playing the game whilst out and about in public. The list of songs includes “In Bloom” by Nirvana, “Your Decision” by Alice in Chains, “White Wedding” by Billy Idol, Hungry Like the Wolf by Duran Duran and “The Perfect Drug” by NIN.