It’s been a rumor over the past few weeks and now it looks like it is happening. Strong reports are now suggesting that a new Rock Band game for PS4 and Xbox One is coming in 2015.

Rock Band was a very popular game which followed on from Guitar Hero in the era of plastic musical instruments. It was ideal for house parties and many was set to see the game disappear in 2012.

Now though, it looks like Rock Band is making a comeback. We don’t know whether this will be Rock Band 4 but an article published by Bloomberg says that it’s being developed for PS4 and Xbox One.

Details remain slim on the game though, as developers Harmonix haven’t come forward yet to officially confirm or deny the rumors.

If a new game is coming, the obvious question is what will happen with regards to Rock Band PS4 and Xbox One support for old instruments that gamers have already bought. 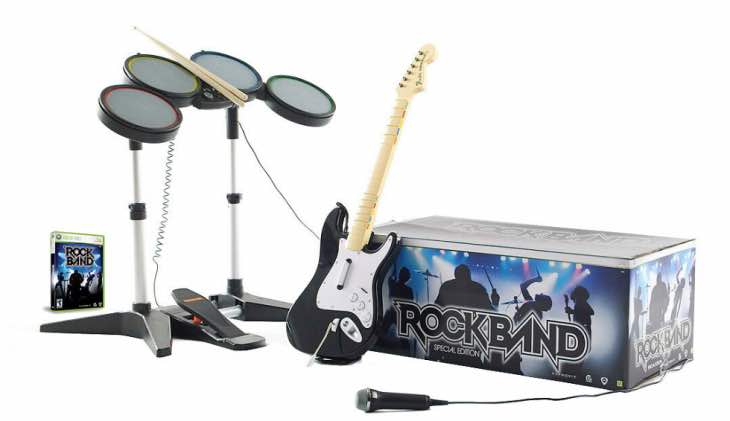 Rock Band was extremely popular several years ago and many would have easily spent hundreds of dollars on the instruments as well as all of the DLC.

Will this be carried over, or will gamers have to buy everything new and start fresh? We wouldn’t be surprised if the old gear isn’t compatible, but if it is that will obviously help Harmonix ship more copies of any new game.

What is your reaction to the news? Do you have fond memories of the franchise and would like to see a return – how much did you spend in total on the original games?