The Rock Band franchise has seen quite a bit of DLC over the past few weeks, including a couple of Queen song packs and a Billy Joel pack. Now we have just learned that there is yet more DLC on the way next week, which will include music from Paul McCartney and Wings.

According to Alexander Sliwinski over at joystiq.com, the new DLC update — which also includes music from Siouxsie and The Banshees and Inhabited – will be available as from December 28th on the Nintendo Wii and Xbox 360, while PS3 owners will have to wait until 4th January. 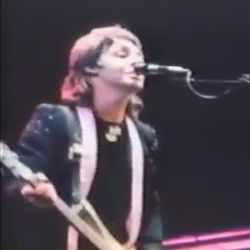 However, you can buy the songs on that pack individually. The songs include “Let Me Roll It,” “Helen Wheels,” “Band On the Run” and “Maybe I’m Amazed.” If you want to learn more about this DLC or other DLC that has been made available, then try visiting the rockband.com website.