Rock Band 4 launches in a matter of hours for everyone and now we’re pleased to say that unlike THPS5, Rock Band 4 reviews have gone live early allowing gamers to get a heads-up on whether the new game in the series is worth buying or not.

The good news, is that the answer appears to be yes – Rock Band 4 is definitely worth picking up and revisiting.

The Rock Band 4 IGN review is already live and the site has scored the game an 88/100 with a ‘great’ rating. They have added that 4-player bands are great fun and that the new guitar solo feature is a great addition to the series. 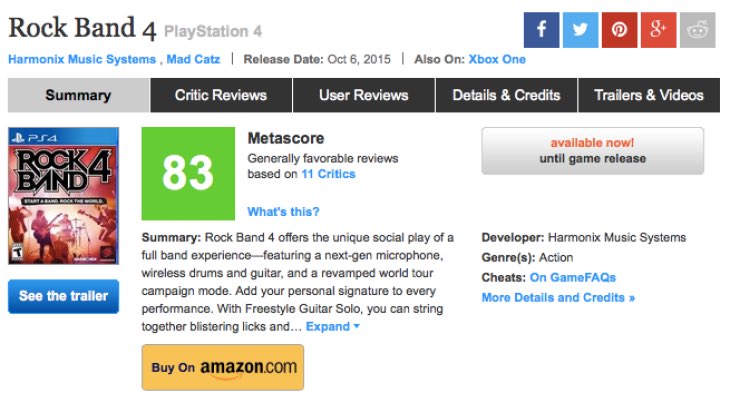 Elsewhere, it gets better with a perfect review score from Games Radar who call it the “new benchmark for rhythm action gaming.”

As a result, the game is performing well on Metacritic at the moment. You can read through individial reviews for PS4 here and Xbox One here – remember that this rating is only going to rise before the end of the week.

With the fact that old peripherals as well as old DLC tracks all work with the new game, is this a no-brainer purchase on day-one for you?

Let us know your thoughts on the reviews so far and if you are already planning to pick up the game on Tuesday.