There’s going to be plenty of Rock Band 4 fans that have been using games in this franchise for a while and own instruments from previous titles, as such it’s prefect timing to consider what controllers work before seeing box prices. Product Reviews has tracked down one Rock Band 4 compatibility chart for guitar and drums, as well as other 3rd party game controllers.

You can see the said compatibility chart for Rock Band 4 below that lists the device title, whether it’s wireless or wired, and what platform it was sold on between PS3 and Xbox 360. In a nutshell, you will see to the right a simple YES or NO for knowing if compatible with Rock Band 4.

There’s also some additional notes that relate to certain situations, like the “Wired 360 Rule” seen at the top of this compatibility chart. This basically explains that all wired music controllers made for Xbox 360 will not work with Rock Band 4 on Xbox One. 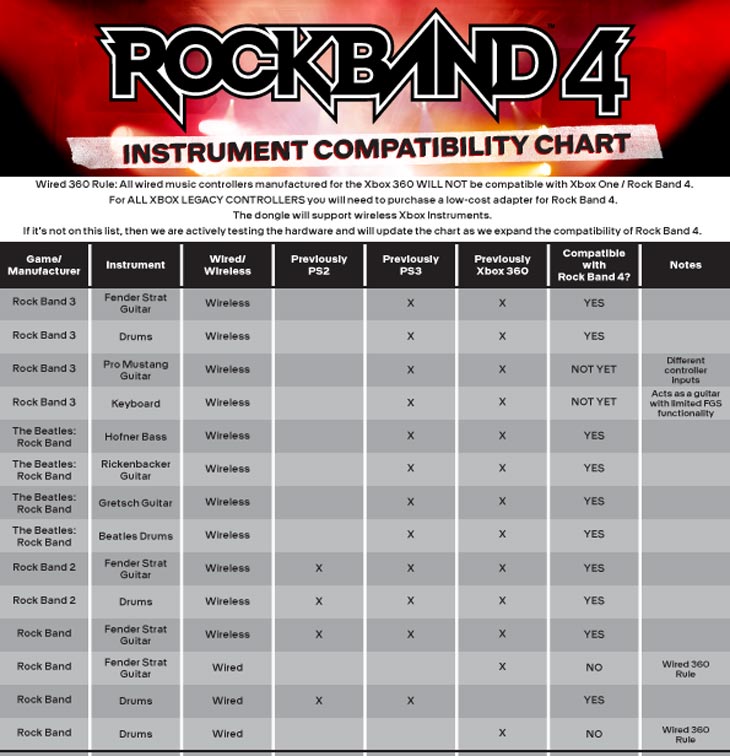 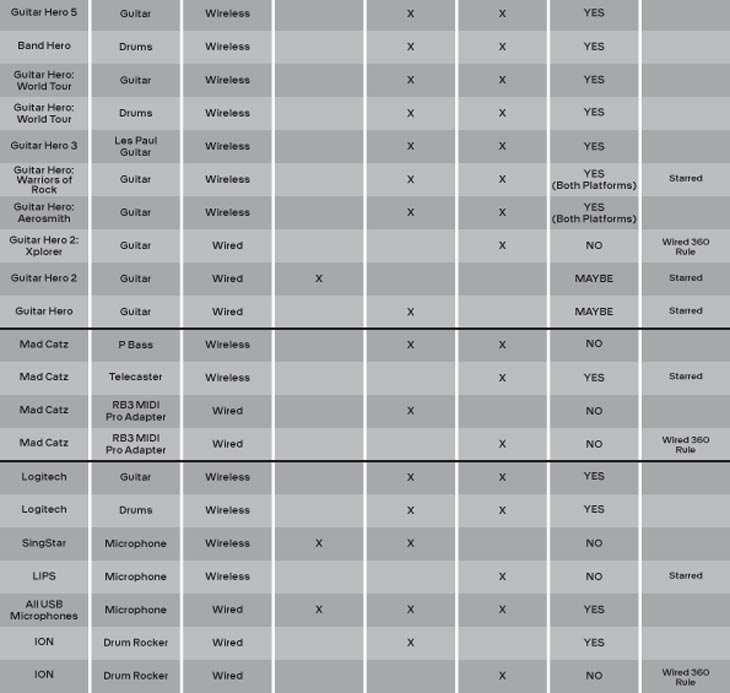 Have you got drums, guitars, or other controllers that work with Rock Band 4? If so, will you forget the band-in-a-box version due to this? Take a look at the compatibility chart and let us know how you feel about the results, especially if you own an Xbox One and have wired 360 controllers.