It’s beginning to feel like we’re seeing new DLC arriving for the Rock Band franchise every week now. Just last week we brought you news on the David Bowie songs that were due to arrive this week, and now we’ve got news about more downloadable content coming soon.

According to a recent article by Brian Shea over at videogamewriters.com, Harmonix is preparing to release their first full album since the arrival of John Lennon’s “Imagine” last November. The next full album to get the Rock Band 3 DLC treatment is The Clash’s “London Calling.”

Only 18 of the 19 tracks that are featured on the album will be released next week, as “Train in Vain” was previously released a few years back. Five of the included tracks will feature pro guitar and pro bass upgrades, which will cost you an extra $0.99. 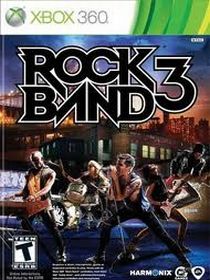 The album’s song list includes the title track London Calling, Jimmy Jazz, Hateful, Spanish Bombs, Lost in the Supermarket, The Card Cheat, I’m Not Down and Revolution Rock. The album will be available for the PlayStation 3, Xbox 360 and Nintendo Wii on February 1st.

As Bo Moore from the pastemagazine.com website reports, the full album will set you back $19.99/1600 Microsoft Points, while individual songs will cost you $1.99/160 Microsoft Points each. Is the London Calling album something that you would purchase?