If you have a copy of Rock Band 3 on the PS3, you’ll be pleased to know that developers Harmonix has just pushed out a significant title update for the game, fixing up various problems which users had been complaining about.

As reported from Joystiq, users of the PS3 version of the game will be prompted to download and install the update the next time they boot up the game.

The update will address freezing issues which had become apparent, and also a exploit involving using the pause menu in-game to rack up points, has been fixed too – sorry to spoil your fun glitchers. Furthermore, those who continue to try this exploit out on the pause menu will be greeted with an unreportable score at the end of the song.

According to Harmonix, this update is the first of two planned updates for the game. As for the title update for the Xbox 360, it is still scheduled for release ‘in the near future’. 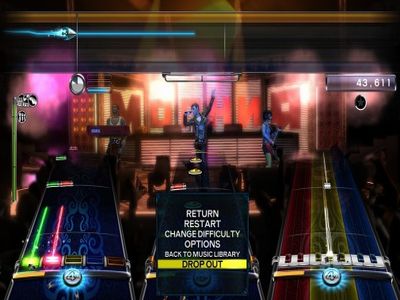 For those of you who have the PS3 version, let us know if the update fixes the problems you’ve seen on the game.