Rock Band 3 fans have definitely had plenty of new tracks to choose from over the past month or so, what with the recent arrivals of the two new Queen song packs and the Billy Joel DLC pack. Now it appears they will have even more songs soon, with the upcoming Johnny Cash DLC pack.

As Yogev over at nextgn.com recently reported, MTV Games and Harmonix have just announced that a Johnny Cash DLC pack will be arriving for the Rock Band 3 game on January 4th. The pack will feature eight of his greatest hits, including “I Walk the Line” and “Five Feet High and Rising.” 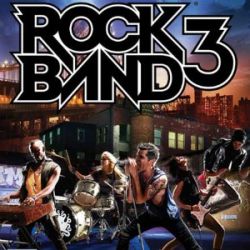 The Johnny Cash song pack will be made available for the Xbox 360, PlayStation3 and Nintendo Wii. The DLC doesn’t stop there either, as Rock Band 3 fans will also have access to a free pack containing songs from previous Rock Band titles such as “Supreme Girl” by The Sterns.

Other songs in the free DLC pack include “Get Clean” by Anarchy Club, “Night Lies” by Bang Camaro and “Conventional Lover” by Speck. According to the official post on the rockband.com website, the Johnny Cash DLC Pack will cost $13.49, or $1.99 per track if purchased individually.

You can read the full list of songs featured in both DLC packs and read more pricing information via the rockband.com website. What do you think of the Johnny Cash DLC Pack?