Prepare to be amazed now folks, as it looks as if Harmonix has finally answered your calls. We have a screenshot to show you now, which seemingly confirms that a keytar peripheral will be added to Rock Band 3.

As reported from Kotaku, the screenshot seen below was taken from the ending of the Rock Band: Green Day demo which shows the icons for all the Rock Band instruments.

No guesses as to what that juicy icon at the end is. What perfect way to re-ignite the franchise by adding the peripheral that RB fans have wanted for ages.

With that said and done, what songs would you like to be included in the game? The possibilities are endless now for keyboard fans. Then there is the debate on whether this peripheral would actually be able to teach you some keyboard skills like the drums.

Personally speaking, I would like to see some Bohemian Rhapsody in there (harmonies and piano!), along with some epic keyboard solos from some Dream Theater tracks. I do like the odd retro track now and again, so how about some Superstition (Stevie Wonder), Jump ( Van Halen) and The Final Countdown (Europe).

Those are my ideas, what about yours? You know you love The Final Countdown deep down. 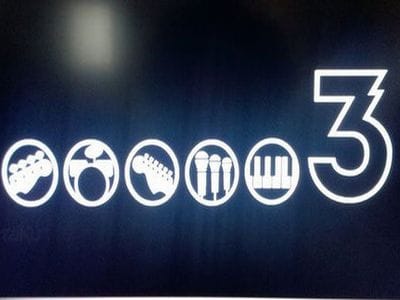