The Robinhood free stock trading app, which allows you to stop paying up to $10 for every trade, which some of you might already know. The reason we thought we would mention this app today is due to the fact it was updated to version 2.17.4 late last month on Google Play, and just a few days ago to version 5.15.5 for iOS.

People are now offering their own Robinhood app review following the latest update, and it’s easy to see that users are happy with the changes made. 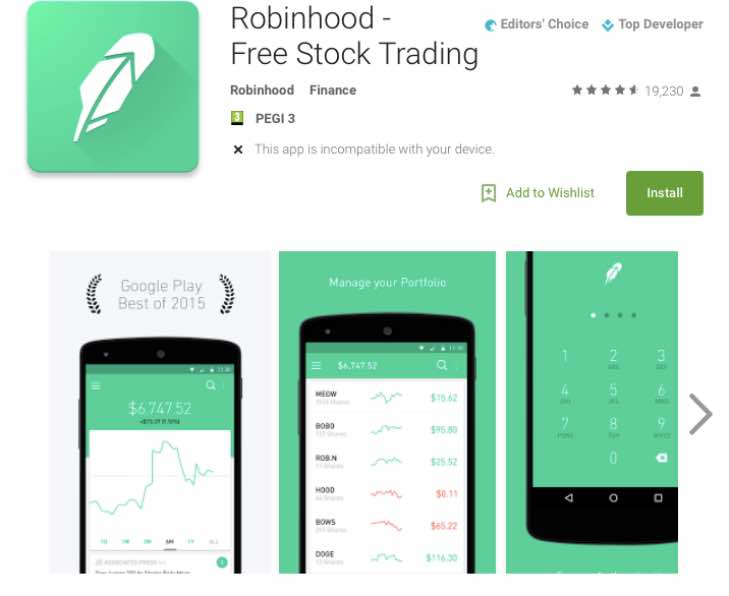 Many users are happy with the usability, although people feel it would be better for the app to show how much stock they bought direct from the main screen. Others would also like to see shorting, call/put options, although they understand this is not possible for a free and and beginning app.

These are just a few of the views based on some of the most recent reviews from users, but what are your thoughts?