We know that many of you are upset over the quality of Black Ops 3 on Xbox 360. To cheer you up though, we now have a good look at the Rise of the Tomb Raider Xbox 360 graphics and we think you will be very happy with the results.

To remind you, Rise of the Tomb Raider is a timed-exlusive release on Xbox platforms and it will be available for Xbox 360 on November 10 – just days away.

As you can expect though, many users have already received their copy early and now we can bring you some Rise of the Tomb Raider Xbox 360 gameplay, as well as a screenshot comparison with Xbox One. 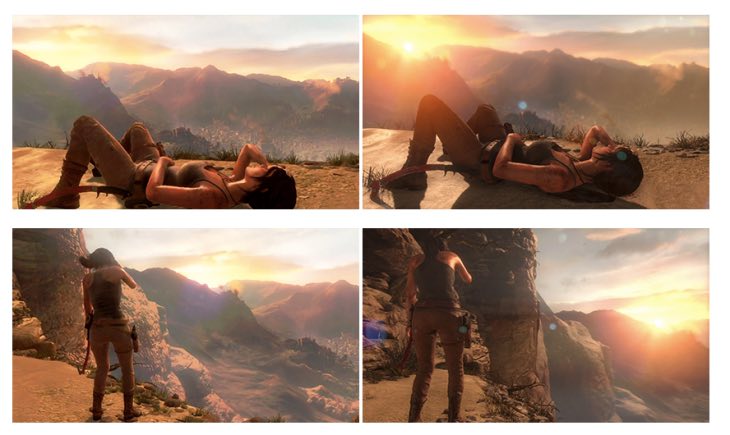 It’s all courtesy of AllGamesBeta who have supplied us with a great look at the last-gen version in high resolution – 360 on left, XB1 on right.

We are actually pretty amazed at how the Xbox 360 version stands-up against next-gen, especially given the reaction that gamers have had to BO3 last-gen which hasn’t been good.

We have provided a taster of the Rise of the Tomb Raider Xbox 360 Vs Xbox One comparison above, but you should head to AllGamesBeta for the full collection – remember to zoom in to the images for a close up to the finest detail.

Is this an indication at just how good Crystal Dynamics are as a developer? We hear all the time about how ‘last-gen is finished’, but not on this instance.

The question that should be asked perhaps is this – If Crystal Dynamics can still produce games of this quality on old hardware, what is the excuse for other developers?