The good news is that it looks like the early reviews for Rise of the Tomb Raider on PS4 have been extremely positive so far.

On Metacritic which is the website that a lot of gamers flock to before purchasing, the game currently has a 88 Metascore. 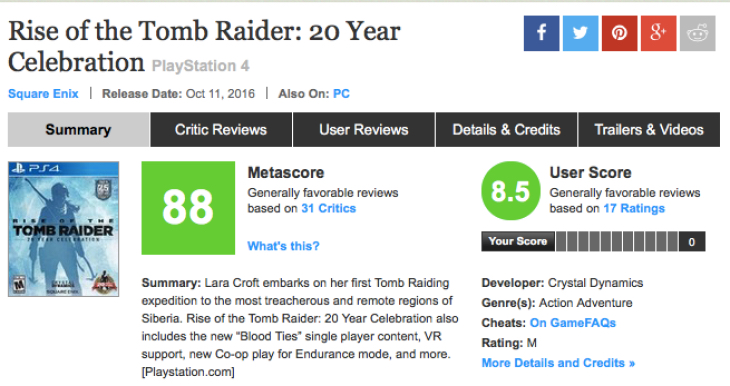 Some of these reviews include a 9.3 from IGN, a 9 from GameSpot and 10/10 from The Telegraph. Given the official launch is just hours old, there has not been any input yet with regards to Metacritic user scores.

Is an 88 Metascore enough to convince you to buy the game today? If you previously didn’t play the Xbox One or PC version let us know what you think of the review impressions so far.