All eyes are on when gamers will finally get what they know is eventually coming – a Rise of the Tomb Raider PS4 release date.

The game has been launched first on Xbox One as a timed console exclusive and more recently we now know that the Rise of the Tomb Raider PC release date will be on January 28.

Square-Enix are now acknowledging the PS4 version as in existence, but only saying that the game will be out ‘Holiday 2016’. 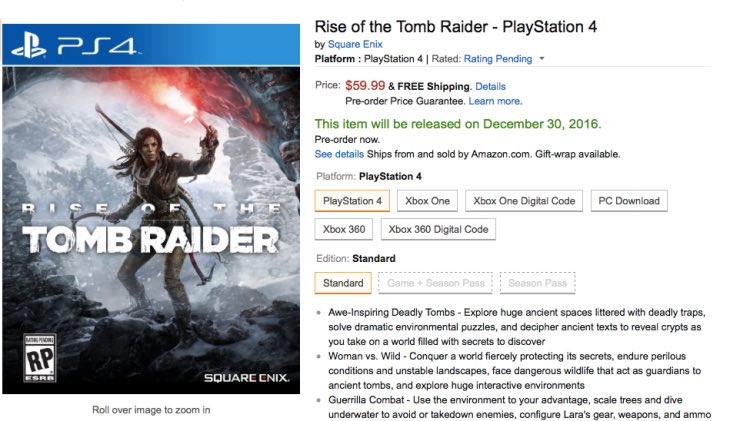 There’s still no exact release date yet though and we have a feeling that the Amazon listing above showing December 30 is just a placeholder.

The question is, are you still pumped about buying this game on PS4 given it will have been a year since the Xbox One version came out last Holiday?

Let us know your thoughts on this forgotten title and how much of a priority Rise of the Tomb Raider is for you on PS4.