Luis Suarez to Barcelona may be the hot topic amongst FIFA 14 and prospective FIFA 15 buyers, but we can tell you about one piece of Summer transfer news that has been completed within the last few hours.

Rio Ferdinand has signed for QPR, the newly promoted team who will be in the Premiership next season. Even more important though, is that it means that Rio to QPR will bring a reunion between the player and manager Harry Redknapp who previously oversaw Ferdinand’s career during his West Ham days.

Ferdinand is a free agent of course, after spending 12 years at Manchester United who can now move to QPR on a free transfer. What does it mean for FIFA 15, with regards to how EA will rate the player?

Great signing for the Hoops. Rio Ferdinand agrees to join 'Arry at QPR. via @SkySportsNews pic.twitter.com/vSitqlFs7b

It’s no secret that EA are used to downgrading players if they feel a certain player’s performance has dropped. Rio hasn’t had a great season at Man Utd by any means and it could force EA to downgrade the player when he appears on QPR’s team on FIFA 15 and on FIFA 15 Ultimate Team. 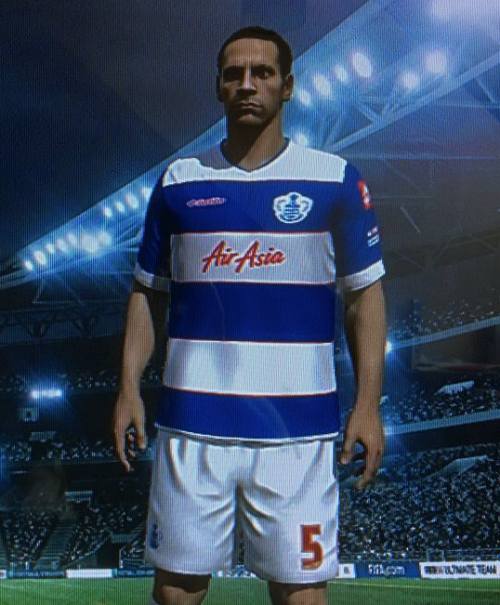 At the moment, Rio has a good 83 rating in the game but hasn’t earned any in-form cards to boost his rating up higher. We have a feeling that Rio could be downgraded towards 80, but let’s see what happens.

Just to give you an idea of how EA rewards performance, David Luiz is rated lower than Ferdinand with an 82. Lovren for Southampton shipped with a 79 card, but earned 80 and 81 in-form cards – would you say that he is now a better defender than Ferdinand in your opinion?

Let us know what you think of this transfer and if you think EA will downgrade Ferdinand when FIFA 15 arrives.