Earlier today we looked at the unavoidable option for a Sprint iPhone 5, one that must happen for this network to grow in our opinion. This led us to question the future of Research In Motion (RIMM) considering the bad week it had that started on June 16. RIM did not meet what was expected of their revenue and this led to the stock dropping around 30% in value, and now Seeking Alpha has studied the last few weeks and feels there is a number of reasons investors might want to buy RIM stock again. They point specifically to the BlackBerry 9900 release.

This in itself is amazing, as we know Apple improved their stock with the success of iOS and the iPhone, but can a history of many BlackBerry devices that have led to the position RIM are in now be changed by one device? This seems to be the opinion of one author, do you agree?

There are many points to look at here, including the fact that RIM’s crisis was made up of many fundamental problems. We’ve had emails over the past few weeks from BlackBerry lovers and haters, each with their own reasons on why BlackBerry will and won’t make a come back. Some users feel that the current engineering talent, software, hardware, and management will not allow for an improvement. Although QNX in our opinion was a good buy for RIM, but the software needs a revamp. What do you think is needed in BlackBerry’s OS? 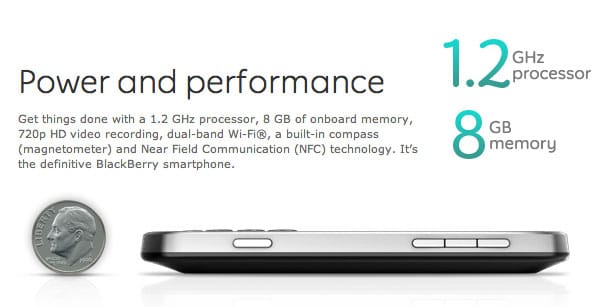 Improved specs in the BlackBerry Bold 9900 are something to be shouted about, the thin frame holds a lot of power. The 1.2 GHz processor will make Torch owners smile and dual-band Wi-Fi, Near Field Communication tech, 720p HD video recording, and 8GB memory are welcomed. Sadly the built-in compass, BlackBerry 7 OS, and capacitive touch screen may not cut it when compared to the iPhone 5 later this year.

You can tell the 9900 is a BlackBerry from a quick glance, this is good for those that love the design but is also a safe play from RIM, maybe the company needs to step out of its comfort zone just a little to make a major turnaround. Not a complete change, just something a little daring. You can see the full specs on us.blackberry and watch a video preview of the Bold 9900 below this article, which shows one blogs hands-on time with the device. 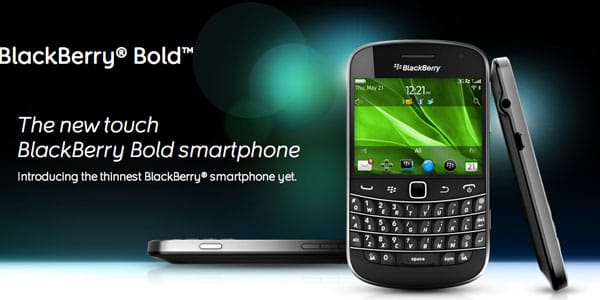 RIM have an uphill battle ahead of them and while the 9900 is one of the best BlackBerry phones released, it is just a small step in a battle that will need a lot more if RIM want to gain the stock price back which they lost recently. Apple’s iPhone 5 will release with a dual core processor and design up to a year ahead of the BlackBerry 9900, and Apple is not the only brand bringing out phones that will crush the 9900.

Nice phone RIM, but you’re a long way from any real competition in a crowded market.