RIM has seen its market share shrink recently with consumers switching to Android or iOS instead. But the manufacturer is beginning the fight back as RIM reveal three BlackBerry next gen smartphones all running OS 7.

RIM have just announced three new handsets which will please fans of the platform as it looks to win back lost customers. According to Cnet AT&T have already announced they will be having all three of the new handsets starting with the Blackberry Torch 9810 later this month. The Torch 2 not only has the new operating system but support for AT&Ts 4G HSPA+ network. It also has a 1.2GHz processor, 8-megapixel camera, 8GB of storage, slide out QWERTY keyboard, and a 3.2-inch touch screen.

Due later in the year is the BlackBerry Torch 9860 and the BlackBerry Bold 9900 with its touchscreen. AT&T is thought to be one of the first carriers to pick up the Torch 9860.The Bold 9900 has a slim design and is powered by a 1.2GHz Snapdragon processor running OS 7. This also has a 5-megapixel camera, HSPA+ support, and 8GB of memory amongst its features.

The BlackBerry Torch 9860 is a full touchscreen device and also has a 1.2GHz processor, and features the largest screen to be found on a BlackBerry at 3.6-inches. According to TechRadar the screen has an aspect ratio of 15:9, with a 5-megapixel camera which is capable of 720p HD video capture. It is also one of the slimmest BlackBerry handsets with a thickness of 11.5mm.

The company will be hoping these smart looking handsets will turn its fortunes around, and could be followed by another four handsets by the end of the year. Are you now going to consider a BlackBerry handset? 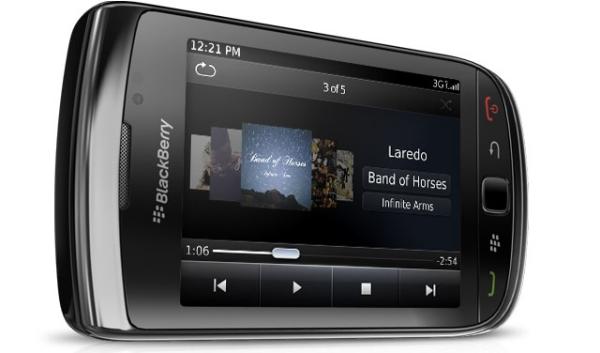