Now that you have had a few hours to gather your thoughts on RIM’s recently announced BlackBerry Playbook tablet, what are your initial impressions of it? On a design point of view, do you think it looks better than the iPad?

Unfortunately, RIM didn’t allow anyone to actually touch the device, as it was concealed behind reinforced glass the the BlackBerry Developer Conference.

Luckily for you, Engadget has offered some event photos, comparing size differences on the Playbook and the iPad. As you can see from the one below, the iPad is significantly larger than the PlayBook, but RIM’s tablet does seem to have that sexier look to it. 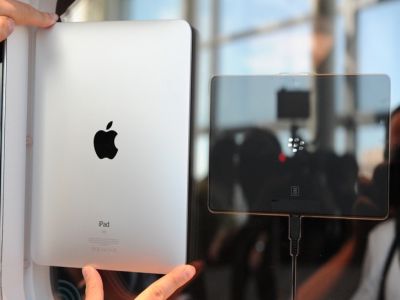 Does size or style matter to you the most? If it is style, then you would have to say the Playbook looks better. Take a look at Engadget’s pictures here and let us know your thoughts on them.