If you were one of the many gamers that were pleased to hear that Ridge Racer 3D would be launching alongside the soon-to-be-released Nintendo 3DS handheld gaming console, then you may be pleased to know that we now have news on a trailer and screenshots.

Namco has just released a brand new teaser trailer for the upcoming game, which according to a recent article by Stephany Nunneley over at vg247.com will include an all-new line up of vehicles — as well as the existing in-game selection of cars — and ad-hoc multiplayer for 4 players.

The Ridge Racer 3D game also features brand new environments, as well as other courses from previous Ridge Racer titles. Besides releasing the teaser trailer, Namco-Bandai also revealed a few new screenshots, which can be viewed in a recent post by Ross Marrs at cubed3.com. 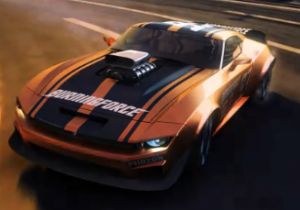 As Ross notes, the Ridge Racer 3D game also gives players the ability to choose a registered Mii and use it as a tag during races, as well as allowing them to attach a picture of themselves. Is Ridge Racer 3D one of the games that you will be purchasing alongside the Nintendo 3DS?

You can check out the trailer for yourself below this post.