If you found that the Theta S was too large and also expensive, then Ricoh has just come up with a cheaper, and smaller alternative. The Ricoh Theta SC is another 360-degree camera, and while the company will market it in a different way, there is no getting away from its fundamental flaw, and that is the fact its video quality is compromised. 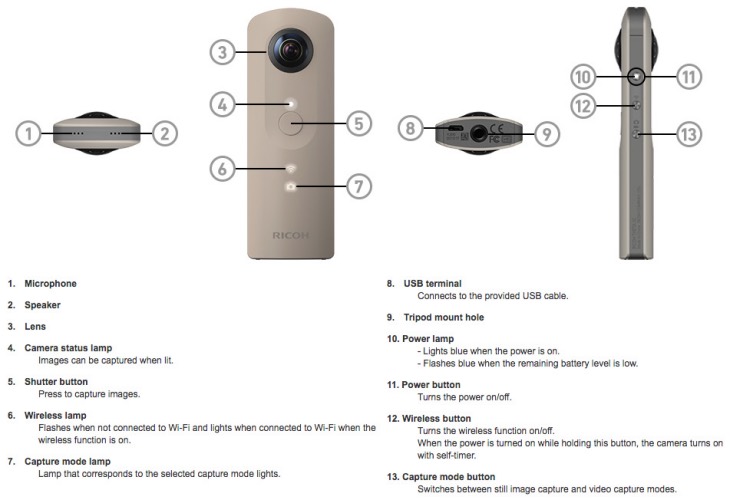 Ok, so we know that the Theta S video quietly was also not that great when compared to rival devices from the likes of Samsung, but then again the landscape is changing fast and Ricoh needs to keep up, or they face a losing battle.

So let’s have a look at those Ricoh Theta SC specifications to see what features stand out for you. First up this camera makes use of twin f2.0 lenses, and also two 12-megapixel sensors, which as required to capture the 360-degree camera landscape.

You also get 1080p video quality, although not as good as you might think when pitted against rival 360-degree cameras. In terms of ISO sensitivity, these are still image at ISO 100 to 1600 and video at ISO 100 to 1600. Full specs can be seen here.

In terms of its price, you will pay £249, and can be purchased at places such as Jessops.