We have just a few hours to go until the exciting Liverpool Vs Newcastle live match in the Barclay’s Premiership. While most of you will be utilising the amazing FIFA 15 Live match day feature as ideal preparation, we have one great clip to show you, tempting fate on a potential Rickie Lambert first goal for Liverpool scenario.

As most Liverpool FC fans are aware, Rickie Lambert has yet to score a goal for Liverpool in 10 appearances so far. The pressure is on, but not for FIFA 15 players it seems.

We were digging around for some prediction clips as we always do, with one catching our eye in particular. You’ll see in the Liverpool Vs Newcastle video below, Rickie Lambert actually scores his first goal for the club. 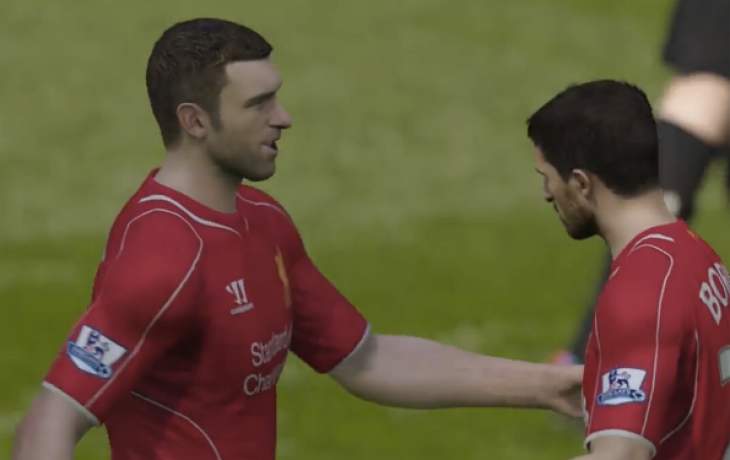 Given it is only a tap in during the match, but we think Lambert will take that right now in the real world. The Liverpool Vs Newcastle result in this simulation match actually ends up as Liverpool 6 Newcastle 0, but we think we can say on behalf of most LFC fans that this won’t be the real score, given the way Liverpool have been playing recently.

Do you think this is the match in which Rickie Lambert will finally score a goal for Liverpool? Let us know if you have been using this player on FIFA 15 and if you have had any better luck than the player himself in reality.