Over the past few weeks we have been looking at a few budget tablets seeing as they make perfect gifts for Christmas, and so next we decided to take a look at the Toshiba Encore Mini 7. If you are looking for a tablet that gives you fun for less than the likes of the Nexus 7 and iPad mini, then this model could be just what you are looking for.

The Toshiba Encore mini, AT7-C8, 7″ 8GB Tablet has more than enough performance to play movies, gaming apps, and the ability for you to read books all in the palm of your hand thanks to its handy display size. The tablet also comes with some pretty impressive specs considering its price, all of which comes with Toshiba’s superb build quality.

Speaking of the design, the AT7-C8 may be a little on the thick side, but then this would make it ideal for children, as you know it is not going to be easy broken thanks to it having a sturdy finish. Having said that, it is still lightweight, and so can still be used easily with one hand. Before we take a look at its specs, we thought we would just inform you as to what software is included in your purchase. First up there is a full version of OfficeSuite Pro, which comes with Word and Excel. Using these apps will help to increase your productivity on the go. 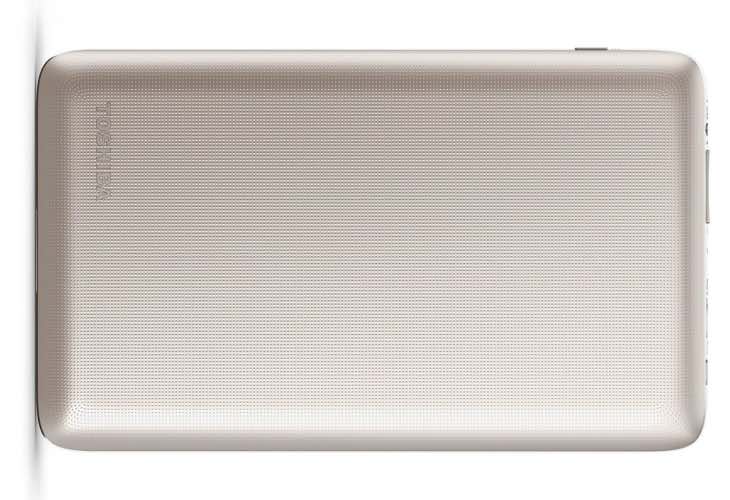 Main specs and measurements – First up there is that 7-inch WSVGA screen with 1024 x 600 resolution, although lacks the HD display as some of its rivals, which could be an issue for some of you. The 1.83GHz Intel Atom Processor Z3735G with its 2MB Cache is not going to set any performance records, but it does what is expected of it, so don’t try to play some of the more graphic intensive gaming apps. However, its biggest issue is the amount of system memory, as there is just the 1MB.

Some of its other features are 8GB on storage, although there is a Micro SD slot, so that’s not too much if an issue. However, it’s the lack of rear-facing camera that could put a few people off, as well as its low 0.3MP front-facing shooter. A full list of its specifications can be found by downloading this PDF.

To help you decide if this is the tablet for you, we know a video review is needed. We have embedded three for you, the first is a look over the main specs, next is an unboxing and finally a review of the product itself. You may be aware this particular Encore mini model is around a year old, but you should still give it your consideration, especially as it will demand a much lower price than its new rival 7-inch Android tablets.