The 7-inch tablet market is not all about the 2013 Nexus 7 or one of the many other Android alternatives, but we do know Christmas 2014 will see a huge uptake in the budget market, and one model to consider is the Proscan PLT7100G 7-inch Android tablet. Its features and specs are not going to set the bench test scores alight, but that is not what this model is all about.

This low-end tablet is pretty much as basic as it gets, which a short review of its specs will reveal, although it is still capable of doing all the basic functions, such as getting on the Internet, sending out emails and using apps, although not those that require too much in the performance department. 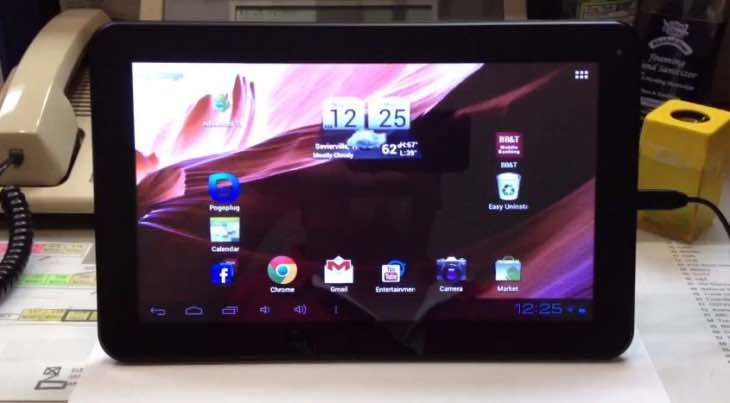 It comes as no surprise the processor is one that can only manage a clock speed of 1GHz, and that its onboard memory is just 512MB, so don’t try to download graphic intensive apps because you might get an issue with lag.

The 7-inch display comes with a 800Ã—480 pixel resolution and a 0.3 megapixel camera right up front as well. The Proscan PLT7100G does lack a rear-facing camera and a HD display for decent image reproduction.

As for storage, there is just 4GB, although can be expanded to 32GB with the use of a microSD card. Don’t expect the latest version of Android either, as this model runs Android 4.1 Jelly Bean instead, which is a few versions out of date.

We have heard rumors its price could be reduced to less than $40, which we have to say would make a perfect tablet for a child.