There are many different categories when it comes to tablets, which include budget, size and platform, and at this time of the year the budget models will do very well, as parents aim to purchase their child’s very first tablet. Most parents do not wish to spend a huge sum of money on a device that is likely to get damaged or misused, even if it does come in a protective case. With so many models to choose from it is pretty tough to know what to go for, although the Nobis 9″ tablet could be one, especially as it comes with a Keyboard/Case as well.

The important stuff – Ok, so we know this Nobis tablet is not going to compete with the likes of the Nexus 9 or iPads, but it does not want to, as it is all about affordability. It comes with a 9-inch display with a 800 x 480 resolution, and the 1.5GHz Amlogic 8726 Dual-Core Cortex A9 processor continues the trend of low-end hardware, as does its 1GB of RAM. We know Apple’s iOS devices also come with low system memory, but its hardware and software work in perfect unison as to not be power hungry. 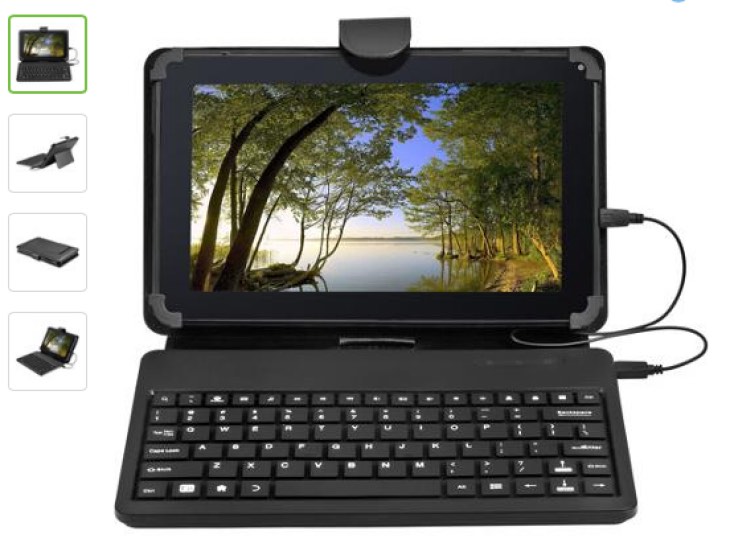 Additional features include 8GB of storage, which can be expanded with its microSD card slot, allowing you to view even more content stored on memory cards. Don’t expect too much in terms of camera quality, as this model only comes with a 0.3MP HD webcam, so only ideal for video chat and not much else. As for connections there is a USB port, as well as HDMI and a 3.5mm audio jack.

Battery life is said to last for up to 4 hours, although this will depend on what you will be doing with the tablet. The measurements are 9.4″ x 0.5″ x 5.8″, which is pretty slim for such a cheap device. As an added bonus this tablet comes preloaded with several apps, such as Gmail, Google Maps, YouTube, Google Talk, Alarm Clock and more.

Another bonus with this Nobis 9-inch Tablet is that some stores will give you a free Keyboard/Case to help with typing, while keeping the device safe at the same time. So does this model appeal to you, or would you rather increase your budget a little?