The LG 50-inch 50LB6300 WebOS Smart TV has a lot going for it, although the difference with this TV over some of its competitors is its use of webOS, which makes it stand out of the crowd. We will get to its software and Smart TV features a little later, but first let’s give it a small introduction.

LG’s LB6300 has a great deal to offer the consumer, not only with its amazing specs but also features such as Magic Remote with Voice, making it easier to use the TVs functions. The picture and sound quality are both impressive, well as good as can be expected for the latter considering televisions this thin can only go so far with speaker technology, and so we would advise going for the Sony HTCT370 soundbar, as it is one of the best within its price bracket. 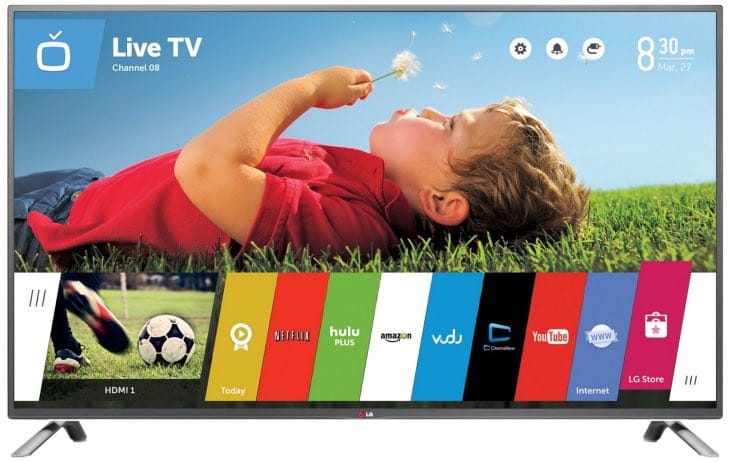 Review of the more important 50LB6300 specs — The 50-inch panel has a resolution of 1920 x 1080 and a refresh rate of 120Hz, which we have noted on several occasions that some OLED TVs don’t have a refresh rate that high.

Some of the technology used helps to make this model far better than its competition, such as Triple XDâ„¢ Engine, Resolution Upscaler and 8 picture modes to help give you the best picture for different situations. These are just the main specs and you can either see a list of more of them below or by downloading this PDF, which also covers the 55LB6300 and 65LB6300. These are part of the same model range, although larger in size with a 55-inch and 65-inch options. 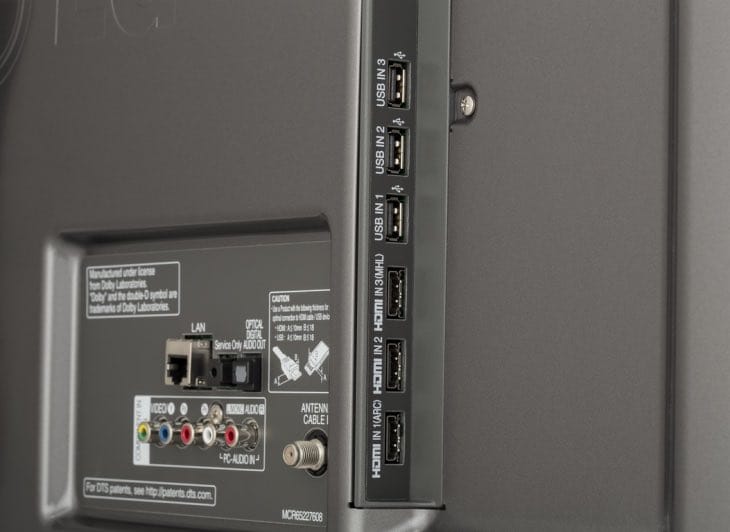 LG is the only TV maker to use webOS and makes for a clear and simple home screen that is clear, colorful and intuitive. Smart TV means you have more content at your fingertips thanks to the ability to download apps, such as Netflix, YouTube, Hulu Plus and so much more.

The price of this TV will vary and so we ask that you keep a close eye on stores over the next few days as they fight for your custom. 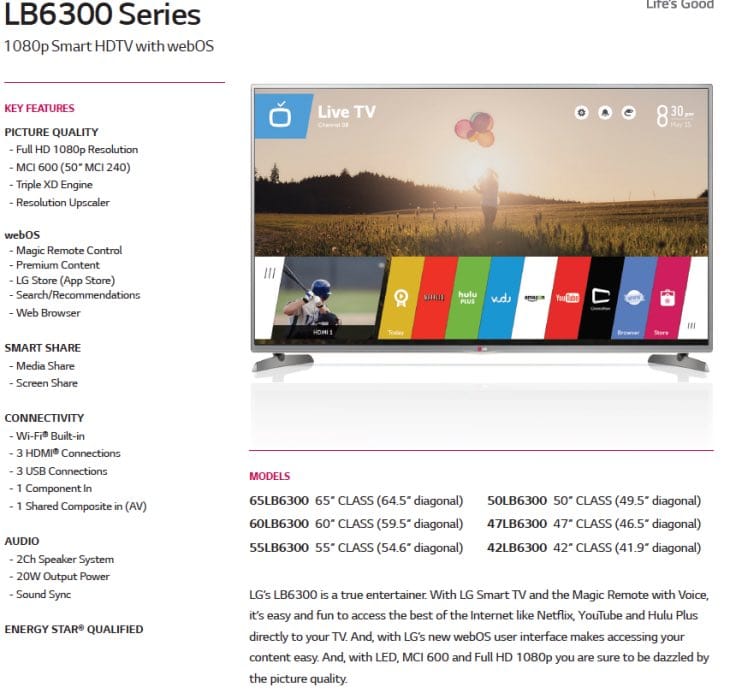