Even though the Surface Pro range has not been as well received as Microsoft would have wanted, the latest version, the Pro 3, is the best example yet and shows just what is possible with this sort of device. However, for those looking for a similar device, but not part of the Surface range, then there is always the Asus HP T100TAFB1BF 10.1-inch laptop/tablet.

When asked your thoughts about Asus you automatically think quality and reliability, and the Transformer Book 2-in-1 Laptop/Tablet is no exception, and thanks to its improved portability over a standard laptop, we can understand its appeal.

There is a lot to be excited about with this model, and even though it is not the latest in the line-up, it means the price will be very competitive and so making an ideal gift for someone. If that is not enough to persuade you, then maybe Windows 8.1 and a Office 365 free for one-year might be? So what of those specs we hear you ask, well let us take a closer look at them below. 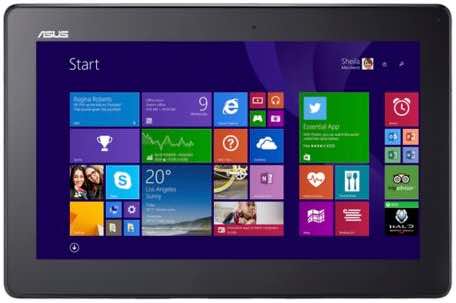 Intel’s Quad Core Bay Trail-T Z3735F processor is running the show with its 1.33GHz, although can be increased to 1.83 GHz when called upon. However, seeing as though this is an older model its 2GB of RAM may leave some of you asking if it is enough or not. The answer to that question is, yes, although not for some of the more demanding tasks.

Microsoft has also used Intel for the graphics in this laptop come tablet device and so should work in perfect unison with the CPU. As for storage, there is 32GB of onboard storage, although this is not an issue seeing as though you can use an external storage option via one of the its many ports. 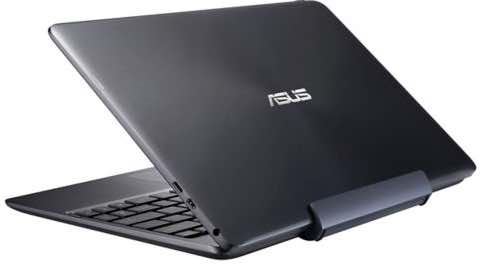 One feature that could be an issue is its battery life, as a new Transformer Pad has around 11 hours of running time between charges. However, there are ways to improve this, such as using a Mobile Dock.

A further review of the specs shows a card reader, 1 micro USB 2.0, and 1 USB 2.0, micro HDMI and a 802.11agn wireless card. We did want to offer a few reviews of this device, such as in video form, but there does’t seem to be any. And so, we ask that you just keep an eye on this Asus 10.1″ Touchscreen 2-in-1 Transformer Book Laptop/Tablet, as it is bound to get a decent discount as we head into the holiday shopping season.