Ford made such an impact at the Detroit Auto Show last week, what with its new GT model and the 2017 Ford F-150 Raptor, and the latest F150 taking the award for the North American Truck of the Year. It would seem that the company is on a roll and rather than put them down, as some people have, you have to admire how the auto manufacturer is having a sort of renaissance.

We never really got a chance to talk about the next-generation Ford Raptor and so we thought it was about time this was rectified. The new model will be released in 2016 as a 2017 model and will come with a host of features to make it stand out against its standard F150 sibling.

Review of the 2017 Ford Raptor specs so far — There really is a lot to get excited about with this truck and its Baja-style performance, which just so you know will be dropping the SVT badge. 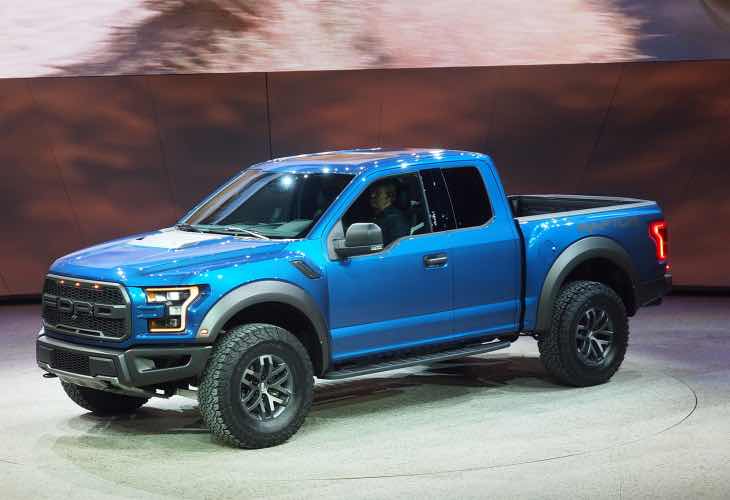 First up is that all-important powerplant, which will be a V6, 3.5-liter Ecoboost, twin turbocharged engine mated to an over-the-top 10-speed automatic transmission. Ok, some of you will be upset that Ford is to get rid of the larger 6.2-liter V6 engine, but the newer version is said to produce more power, which is what it is all about.

With the extra performance Ford needed to make changes to the suspension, and so has gone with Fox Racing shocks, although these have been enlarged to offer increased suspension travel. There is also a new Terrain Management System, which makes use of various driving modes for many types of terrain.

That is all Ford will share for the moment, but you can keep up-to-date with everything about the upcoming Raptor by heading over to Ford Social.