We revealed yesterday that Audi was all set to show off their new 2017 A5 Coupe ahead of its November 2016 release – although the Sportback version will not hit the streets until January 2017. Now that we know what to expect, we thought we would take a look at the 2017 Audi A5 changes compared to the current, and soon to be outgoing model.

The biggest difference is easy to spot a mile off, and that’s the new A5 nose because it’s now far easier to tell the A4 from the A5 – something that has always been a little hard. You will notice that the headlights are slightly higher, and in terms of overall design, the A5 is said to offer more emotion compared to that of the A5, which is more sharper and cleaner. 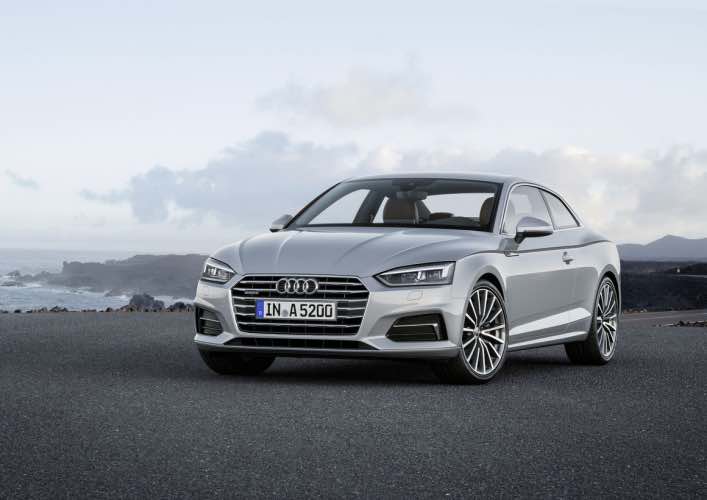 Sticking with the front that grille is not only lower, but also wider than the current A5, and those new headlights do give the car a more muscular look, although the bulge in the bonnet also does as well.

Moving onto the rear, and Audi have decided to give the new A5 a rear diffuser, which helps create more downforce, and in turn offers far better traction. To finish off the aggressive look are quad tailpipes. However, if you are looking for something with even greater aggression, then the 2017 RS5 has the answer and is aimed towards the Mercedes-AMG C63 Coupe.

The best way to study the rest of the differences between the outgoing and upcoming A5 is to download these two PDF’s, which are the Spotlighting the new Audi A5 and S5 CoupÃ© and also the Sporty elegance.