If you enjoy games such as Flappy Bird, we have a new game to tell you about which you may want to try out. The Retry app for iPhone and Android has just gone live, an 8-bit game from the makers of Angry Bird, Rovio.

Best of all, it is free to download as well although this may come back to haunt gamers with the way RETRY app Ads work in the game. Those of you who have played Flappy Bird will instantly feel at home as it features the same scrolling mechanic, where players simply have to use their fingers to tap the screen and last as long as possible.

Just like Flappy Bird, RETRY is definitely one of the harder games to master as well and it’s another game which you may end up banging your head against the wall in frustration. 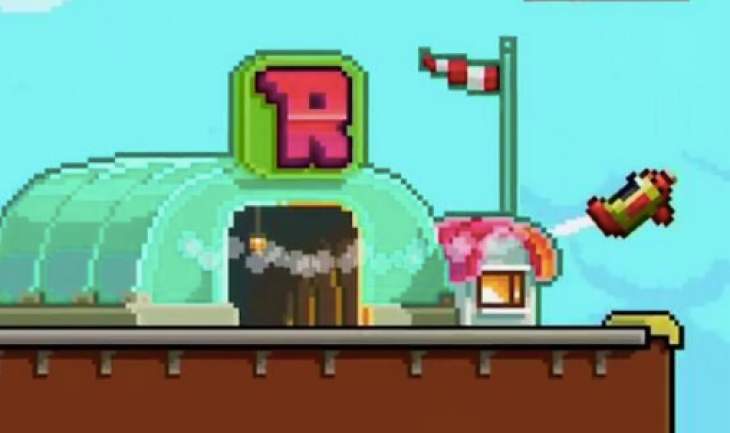 Rather than feature Ads at the bottom of the screen though, Rovio has implemented them in a new way in-game. During levels, players will come across checkpoints and if players want to save their progress they can either spend a coin or view an Ad to save a checkpoint ‘for free’.

Once you run out of coins, you are faced with the decision of stopping the game to view an Ad and then a redirect to the App Store to download the game in question.

For those that don’t want to pay to play RETRY, this isn’t a problem but as you expect – there’s plenty of users complaining about it already. We don’t see the Ads as obtrusive in any way, but we have seen some offer to pay for the app outright, with Ads disabled completely.

At the moment though, this isn’t an option. Ads during checkpoints are here to stay and you’ll have to watch them if you want to save progress on difficult levels if you don’t have any coins.

For those that have played the game already, is this a problem for you or not? Would you pay $1 for the game without seeing any Ads whatsoever if Rovio made this option available?