When we had the iPad 4 and the iPad mini it was a very easy conclusion to reach as to which of the two was the fastest. However, this question has become far more difficult with the Retina iPad mini vs. iPad Air speed comparison because the hardware is almost identical.

Having already looked at a review comparison of the Retina iPad mini and iPad Air, we thought we would show you a video that consternates on just one thing, and that is a speed test.

This video test does not involve benchmark tests that often leave consumers scratching their heads, as most of it means nothing to them. What you do get is a real-world test that shows the performance of each when using the tablets n the normal way. 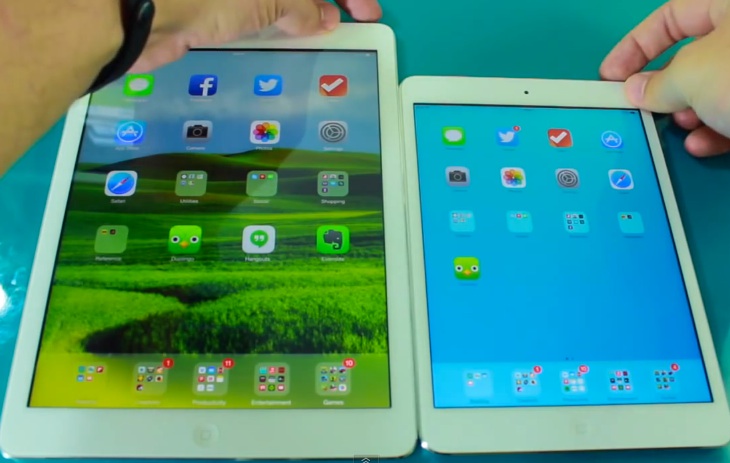 We had assumed that they would be the same in speed tests because they share the same processor and GPU, but the chip in the iPad mini with Retina has been clocked at a slightly different speed.

It’s our understanding that the iPad Air is about 7 percent faster than the iPad mini 2 as some people like to call it, which can clearly be seen when it comes to opening up apps. Watch the video and let us know if you agree with what has been said.

We had the dilemma as to which of the two to buy because while the price of the Retina iPad mini is cheaper, a recent offer on Apple meant that we went with the iPad Air instead, as it meant there was just a price difference of £50.