We had a feeling that Apple was going to launch a new iMac today, but we never thought the rumors of a Retina 5K version was going to happen this year, but Apple has surprised us yet again. The new Full Retina iMac specs are headed by that awesome 5K display resolution, and is by far the most amazing iMac ever built.

It has the fastest specs of any iMac, which includes a 3.5GHz and 4.0GHz Quad Core i7 4th generation processors, and AMD Radeon R9 graphics, as well as a Thunderbolt 2 Fusion Drive as standard. 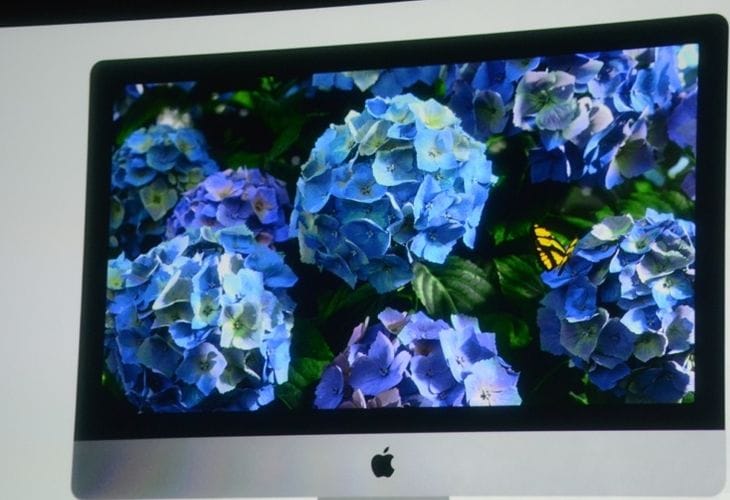 We will offer more detailed specs later, but this iMac with its 5,120 x 2,880 resolution is four times as much as a 4K display, which will truly come into its own when video editing or playing games.

The Retina 27-inch iMac price starts at $2,799, which is pretty good when you think about what you are getting. We will have mored details on specs, and full pricing for the US and UK a little later, so stay tuned.