Last year you could hear the whispers of people comparing the Nexus S from Google, to the upcoming iPhone 5 from Apple, and some of the comparisons included wild expectations for the 5th generation iPhone. The Nexus S is a pretty good phone on paper and can only be compared with speculation to the next iPhone, although more can be said about upcoming phones from Samsung.

The main difference between Apple and Samsung for upcoming devices is how much information they reveal before the release date. For Apple, as many of you know, you will not get a pinch of news, only leaks from so-called “inside sources”.

We prefer Apple’s way of doing business for many reasons. First from a business perspective, the hype Apple builds around their products leads to fans looking daily for rumors and this creates a feeling of need for the next Apple device. Another good point of keeping the details under wraps is that Apple will never be in the position Samsung is now. You may remember last week, we explained that a judge wanted to see the Samsung Galaxy S2, Galaxy Tab 8.9 and Galaxy Tab 10.1, all unreleased hardware.

Samsung had already released some information about these devices, which led Apple to believe they were taking ideas from their own released hardware. If Samsung kept things a little more secret, this would’ve only happened after release, although that will still be a problem in Apple’s opinion.

So how does Samsung respond to this demand for their unreleased hardware? Yesterday we found out, Samsung had reportedly asked to see the iPad 3 and iPhone 5 before they’re released, something we’re sure Apple will never let happen.

The main issue for Apple is Samsung’s new products are not only looking like Apple’s devices, as they claim, but are also packaged in a way that sets Apple apart from the competition. This is one of the reasons the judge issued a “30 days to comply” notice instead of the normal 90 days, because the release of these new products is nearly upon us. 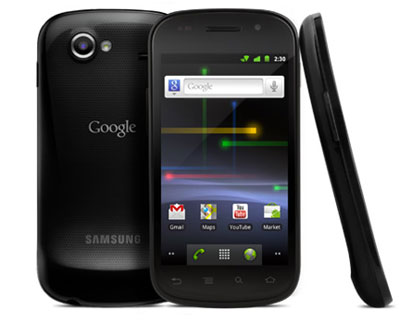 As you can imagine, mainstream media and online blogs have jumped on this fight between Apple and Samsung. The response from these websites and Apple has been interesting. This site states that the iPhone 5 is said to be copying Samsung’s Nexus S, although Apple’s response to this says the motion will not be based on “future products” and they “reject” Samsung’s request. When the iPhone 5 is released it will be interesting to see how it does compare to the Nexus S.

Another site asked would Samsung get its hands on an iPhone 5 or iPad 3? The author also wonders how Apple can file for a preliminary injunction against Samsung, considering the idea that Apple has not disclosed what the next iPhone will look like and Samsung would not know this information.

Over the 10-years I’ve been working online no other company, in my opinion, has managed to capture the consumer like Apple has. Its followers are enthusiastic like no other. So with that in mind, this website takes a look at what’s next for the iPhone in 2011, highlighting some of the obvious and also features that we really need to have.

What is your response to the claims made by Samsung and Apple? And what would you like to see in the iPhone 5?