Resistance 3 fans can rejoice as the eagerly awaited DLC has finally arrived. The Survival pack, as it is referred to, was originally due to arrive on October 3rd but ended up being delayed until now. Insomniac has also confirmed that a patch 1.05 update is incoming, bringing much needed fixes as well as two free new maps.

Resistance 3’s new add-on pack features a new multiplayer mode called Survival which requires Chimera and humans to compete against each other in teams, capturing and retaining the various control points on the map for the longest period. The more locations in possession, the faster the team’s points are earned. The team with the most points wins. As explained by CVG, deep thinking strategy is required to achieve victory.

The DLC also features an exclusive Resistance 3 Survivor concept art static XMB theme and special multiplayer skins of some of the main characters from the main game including Charlie, Jean, Glenda and Herbert. All this will set those interested in getting the add-on back just $3.99.

As for the new patch, the update will bring the game version up to 1.05. What’s most intriguing about this patch however, are the two new maps that will arrive with it. They are The Granary and The Creek. No more specific details have been unveiled about the new maps or the gameplay involved as of yet apart from they will cost nothing extra. Insomniac also failed to disclose a release window for the update.

To be the first to hear about the release dates and to keep up with the patch, check out the developers’ Facebook page, you can also follow them on Twitter. Will you be downloading the DLC? Are you looking forward to the patch update? 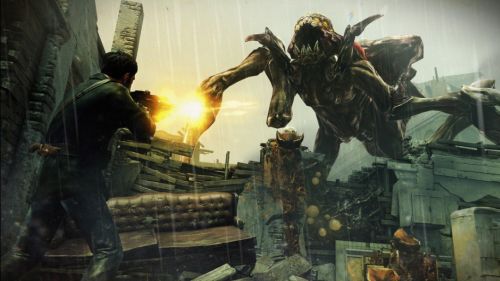