The Resistance franchise has become one of the most poplar ones on the PS3, it sees futuristic weapons and deadly beast like foes that you engage battle with. At the bottom of our article you will be able to see a combination trailer of actual gameplay and game video courtesy of VG247. We already brought you the premier trailer from the VGA‘s as well as a 2 player split screen online play which has been confirmed. 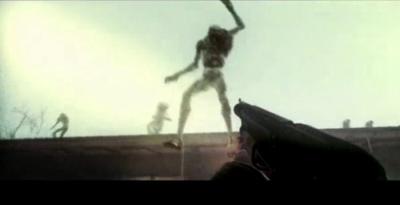 There are some pretty nasty looking monsters that you have to try and take out, you have an arsenal of weapons including some kind of shotgun as shown in the screenshots. From the video there also seems to be handguns and advanced assault rifles. I liked one of the scopes in the video, it is detailed in the screenshot below.

We have also found a new commercial, it lasts around 18 seconds but it shows some nice surroundings, a really cool environment to blow things up in. Onto the actual release date, the PS3 exclusive makes its way onto shelves on September 6th 2011. A few of us at PR really can’t wait for this and are hoping the get a demo soon. As soon as it’s available we will let you know.

If you want to keep up with Resistance developments then of course you can visit their official webpage here, you can also view quite a bit of media on there that shows even more gameplay. What do you think of the new Resistance game developments so far? Is this going to be top of your list for 2011? Let us know in the comments below.