Insomniac Games’ upcoming Resistance 3 game has to be one of the most anticipated titles of this year. We’ve learned quite a bit about the science-fiction based first-person shooter over the past few months, including the addition of a 2-player co-op mode and the upgradeable weapon feature.

We now have even more great news for all you Resistance fans out there, as the developer has just released a brand new trailer and some new screenshots for the much-awaited game. As Debabrata Nath over at gamingbolt.com notes, the trailer is definitely worth a watch.

As you can see from the video that we’ve embedded below this post, the trailer shows us plenty of over-the-top action, a couple of the weapons — including the return of the Auger and the Bullseye — and what appears to be a giant Chimera. I have to say, the game does look pretty awesome. 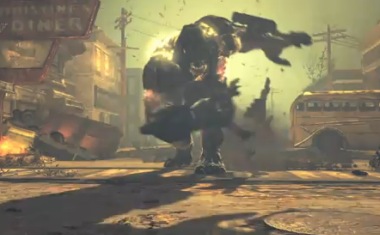 According to Lorenzo Winfrey over on the zoknowsgaming.com website, the Resistance 3 game also features a revamped weapons select system and improved graphics. Insomniac Games has obviously been working really hard to try and make Resistance 3 one of the best FPSs yet.

You can check out the newly released screenshots via zoknowsgaming.com. Are you looking forward to the Resistance 3 game?