We’ve seen quite a few details about the upcoming Resistance 3 game emerge over the past few months, including an official teaser trailer and the very first screenshots. Now we have even more news for you, regarding the 2-player co-op mode that has just been confirmed by the developer.

According to gamersmint.com, Marcus Smith — creative director of Insomniac Games — confirmed the news on the US PS Blog recently. Smith said that the developer is concentrating on a 2-player co-op mode through the single player campaign, which can either be played online or split-screen. 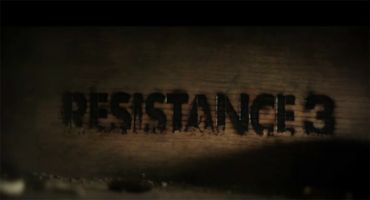 He also revealed that there are upgradeable weapons in Resistance 3, which will give players’ weapons new powers and abilities as they use them. As for the multiplayer side of things, Smith said that they are planning on it being more focused and progression-based.

Fans have an extra special treat in store this Saturday, when the very first gameplay footage from Resistance 3 debuts at the 2010 Video Game Awards. You can check out even more details on the upcoming PS3 game by paying a visit to the blog.us.playstation.com website.