I brought our readers an article at the end of December, which provided them with a list of Nintendo 3DS games that were due to be demoed at this month’s Nintendo World event in Japan. If you read the article, then you will know that Resident Evil: Revelations was one of the games listed.

Well we can now tell you that the game has been demoed, and gameplay footage has of course made its way online. According to a recent post by JBoc over at relyonhorror.com, the gameplay trailer unfortunately doesn’t contain audio, but it does give us an idea of how good the game looks.

As Anoop Gantayat over at uk.ds.ign.com recently reported, the Nintendo World demo (which the people at IGN spent some time playing) put players in control of Jill Valentine on board an abandoned ship, which serves as the main setting of Resident Evil: Revelations. 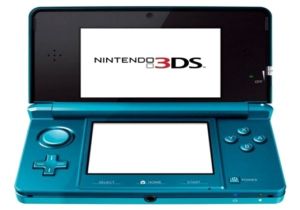 The controls in the Revelations game will be quite familiar to Resident Evil fans, with most of it taking place from the character’s back. Players move the character with the analogue pad, run with the B button, ready their weapon with the R button and shoot with the Y.

The Resident Evil: Revelations game also features the added ability to move while firing. Players can do this by holding down L. If a recent report in a Japanese magazine is anything to go by, then we may have a bit of a wait until the game arrives. Then again, it looks like it will be worth it!!!