Resident Evil 6 is due for release on Tuesday and if you’re planning on picking up the game, you’ll be pleased to hear that the reviews are now in. Unfortunately though, it appears that opinions are clearly divided on Capcom’s latest entry in the long running survival horror franchise.

After the below par Resident Evil 5, gamers are expecting big things from Resident Evil 6. The demo provided an excellent preview of the new style of gameplay compared to the last game and we were actually pretty impressed with what we saw. It looked like an instant improvement on RE5 in our opinion, but some of the reviews that have been published have been less favorable to the game and Capcom may be in for a shock once they see some of the scores.

Some of the lowest scores have come from sites like Destructoid, who scored the game a paltry 3/0 stating that it is like a Michael Bay movie – not in a good way obviously. They also felt the need to say that Resident Evil 6 is “a step back for the series” and “a step back for commonplace, unassuming action-shooters.”

It’s a similar story over at The Verge’s review, as they have said that Resident Evil 6 “resembles one of its own grotesque mutations” – ouch. Thankfully, there are some kind words for Capcom’s latest shooter, as one of the more favorable reviews have come from CVG, who have praised the amount of content in the game, with a particular mention for co-op mode which ‘makes everything better’. 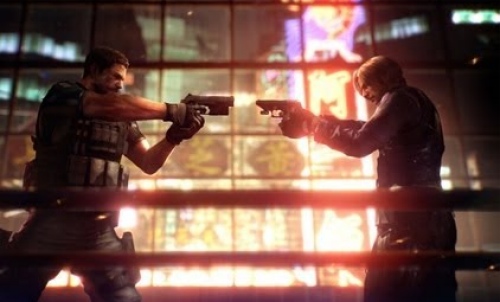 Elsewhere down the list, it really is a mixed bag with scores all the way across the spectrum. IGN has given the game a decent 7.9/10, while Eurogamer hasn’t been afraid to dish out a 6/10 score and face Capcom’s wrath. Are you shocked by some of the scores we’re seeing here?

More importantly, are you still planning to get the game on Tuesday despite the far from perfect review scores? No doubt that Capcom are not going to be happy with some of the scores given, but do they only have themselves to blame on this occasion? Check out some of the reviews below and let us know your thoughts on this.