It appears that a lot of you are experiencing serious problems with the digital PS3 version of Resident Evil 6. Capcom’s latest shooter went on sale yesterday, but many of you cannot play it after getting a continuous error code 80029513 pop up on screen.

After the far from perfect review scores for the game, this is a fresh headache for Capcom and a far serious matter as well since digital players are being blocked from playing along side those who have the disc version of the game – if you can believe that.

The original problem appears to have been fixed though, which stopped all digital owners of the game from playing the game full stop. Now all you have to do if you are getting the error code 80029513 as mentioned above, is uninstall and reinstall the game – bypassing the initial patch prompt which caused the game to freeze the first time. 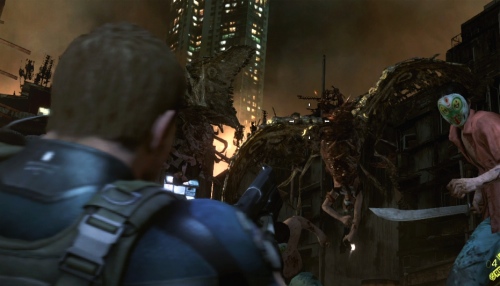 Capcom has stated that a further patch is on the way asap to solve the problem where digital players cannot play with disc players and it should be available ‘imminently’ according to Capcom’s statement. Not being able to play the game at all though is pretty poor you have to say though, we can only imagine how frustrating that must have been for those that opted for the digital version ahead of the retail copy.

You can read the problem thread in full over at the official PlayStation Forums – 22 pages of constant complaints from users who are all experiencing the exact same problem. Capcom has asked for patience while they work to fix the situation, but has your patience actually run out with the developer?

Let us know if you had this problem yesterday with the game and if you are still unable to play the digital version of Resident Evil 6.