When are Capcom going to learn their lesson about on-disc DLC we wonder? You would have thought that the Street Fighter X Tekken backlash would cause the company to change their ways, but it has just been discovered that Resident Evil 6 contains on disc DLC as well.

The game is now available to buy on multiple platforms and received mixed reviews, as you’ll see in our review roundup here. If you have the game on console at the moment, you’ll be interested to find out that someone has already managed to crack open the game and reveal content that is currently not available on the disc.

A video we’ve included below confirms that Capcom has plans to release a new difficulty mode into the game called ‘No Hope’. which will replace the ‘Pro’ mode as the most difficult mode in the game. While it sounds good, the problem is that the mode isn’t available to unlock right now, meaning that Capcom may have plans to charge for it at a later date. 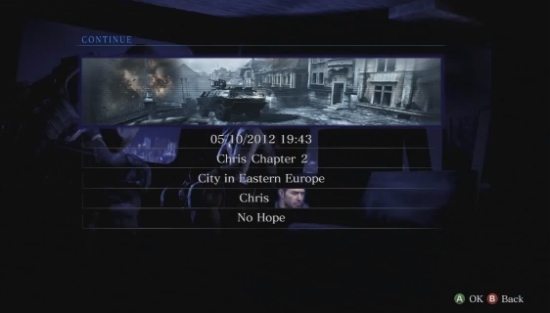 Several other discoveries have been made as well, such as extra costumes and taunts, but we’ve since learned that these can be unlocked in the game by simply progressing through Mercenaries mode. Having said that, a new character may be coming at a later date, after it was discovered that one of the taunts features a soldier that you currently can’t access.

He looks a lot like Ada Wong’s partner in the co-op part of the game, so are Capcom planning to shock everyone again by locking extra characters away on the disc, so that they can charge for it later on after interest has died down a little bit?

Capcom has already responded to the onslaught of on-disc DLC complaints – admitting that there will be one piece of DLC that is already on the disc, but maintaining at the same time that ‘virtually all content will not be on the disc’. They’ve also said that the reason to include that one piece of DLC on the disc is down to ‘technical’ reasons.

Do you own a copy of Resident Evil 6? What are your thoughts on Capcom’s continued stance on locking away content on the disc?