We will get to the leaked video of the Alpine A120 sports car in a moment because there is something more important that we wish to discuss, and that is the fact you are able to reserve your Alpine Premier Edition right now. However, there is just one small catch, and that’s the fact to reserve your car you will need to download the Alpine application.

There will be just 1’955 units of this Alpine Premier Edition car to be built, which will be available in 12 European countries first, which will then be followed the UK and Japan at a later date. 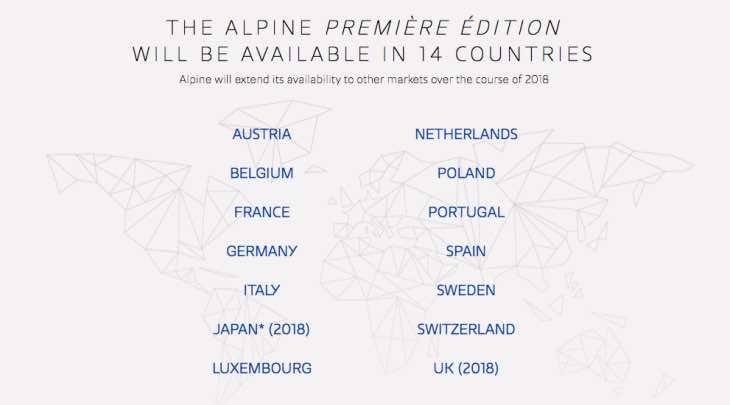 Once you have downloaded the app for Android or iOS, you will then be able to reserve your Alpine PremiÃ¨re Ã‰dition, and also choose your your preferred number of this limited edition model. In terms of price, we do not know the exact figure of how much the car will cost, but it’s expected to be between â‚¬55,000 and â‚¬60,000, with you having to pay a deposit of â‚¬2,000.

Going back to the Alpine A120, which is not a Renault, it’s just a subsidiary of the French carmaker, and a new video shows this upcoming mid-engined sports car in action, although it is unsurprisingly heavily camouflaged.

Looking at the design, from what we can make out, it’s going to be a bit of an odd one, although this is nothing new because it follows in the tradition of Alpine vehicles of the past.