Renault has a long history in Formula 1, and so have a great deal of knowledge with taking something so light and giving it a decent power to weight ratio. However, they took a completely different approach when creating the Renault Twizy, as it’s small, light and very slow — although very economical.

That being said, all that is about to change, the Renault Twizy specs are about to get a bit of a boost and will have the badge Renault Sport F1 on it, this is because it will draw upon many areas of F1 in order to make the Twizy a different beast. 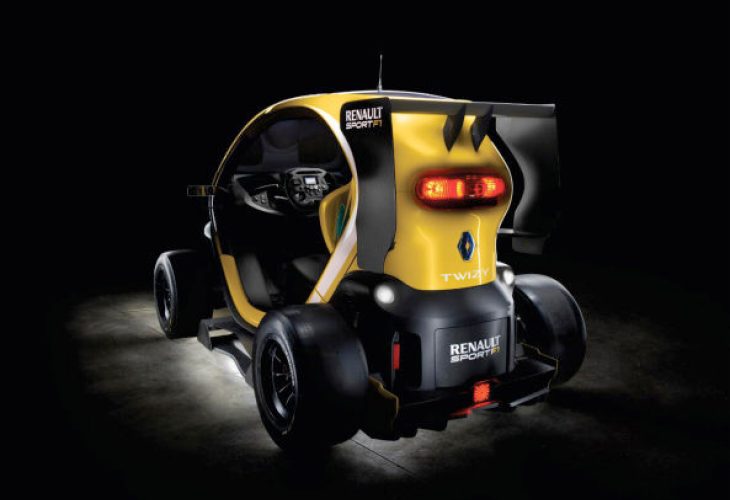 The current powerplant with the standard Renault Twizy is a 17 horsepower electric motor, but the rear seat has been removed in this sportier model to make way for KERS, which will increase this to 97 horsepower. This is the same system they produce for their F1 teams.

That extra power will need better tires to help improve grip, and I’m sure you did not miss those Formula 2 Renault tires? To help reduce drag and give the Twizy an aggressive look are a front splitter and sidepods, along with a huge rear wing.

The top speed of this small beast is 68 mph, which is an increase of 15mph, but it’s how much quicker it gets there, as Autoblog reports that it can get to 60 miles per hour as fast as the Megane Renaultsport 265, which is around 5.8 seconds.

You will be able to see the Twizy Renault Sport F1 on show tomorrow and Sunday during the World Series by Renault.