Even though there had been reports that Police raided several Renault facilities last week, it was only confirmed by the company this morning. These raids are in connection to the emissions scandal created by Volkswagen, and today has seen the Renault SA stock price slump.

Stock prices dropped by as much as 20 percent at one stage, although we can see that prices have started to recover, although still down by 10 percent. It does look like the market reacted badly to the news, but have since taken time to digest the information and by the end of the day those prices could reach what they started at this morning. 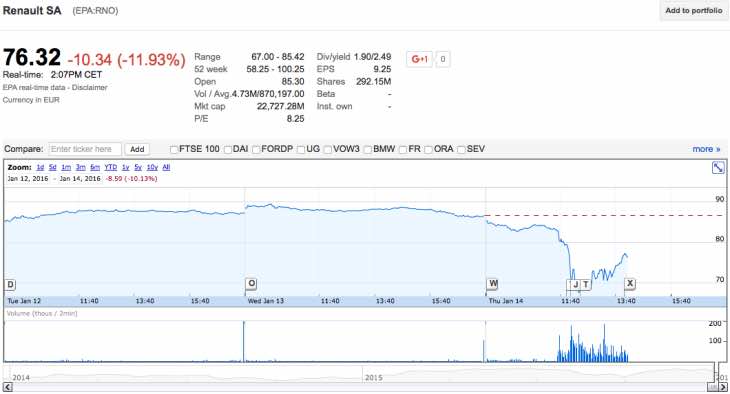 Going back to that raid, and the police had taken several computers in connection to the ongoing VW emissions scandal. The French carmaker has always maintained that they had never used what has been dubbed defeat devices, which is the reason why they have been open and welcomed these checks being carried out.

They also welcome changes being made in order for this to not happen again, although we know that there is a long road to go before tougher new laws are implemented.