When a car manufacturer shows off one of its concept designs more often then not they are a great representation of a future production model, although from time-to-time they do go a little over the top. However, Renault has been guilty of doing this more often than not and this is the case with its latest concept car, the Kwid buggy.

The Renault Kwid buggy concept is very funky to look at and would not look out of place while driving along California or even in the dessert, but put it on everyday streets and that’s when things start to go south for the concept.

One of the reasons is because of the Kwid’s biggest feature in the visual preview seen below, which is of a drone coming from the roof of the car and then being controlled from inside the vehicle. 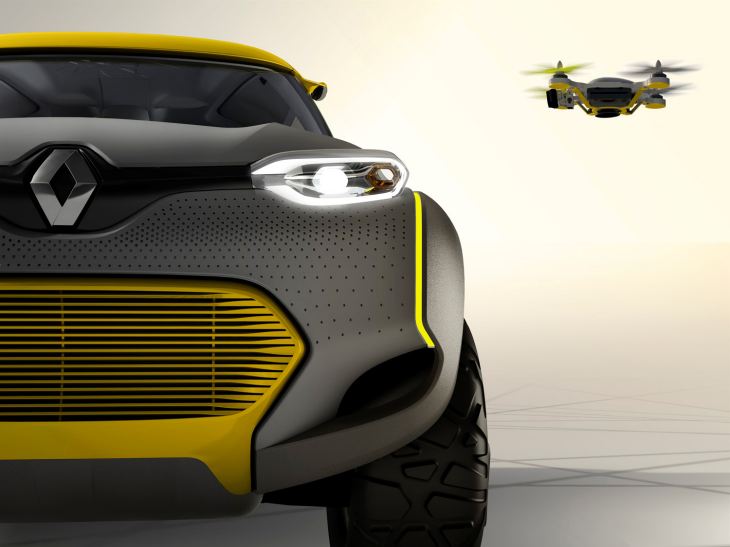 This is where our biggest concern is because people are unable to use phones while driving, so what makes controlling a drone any different? It’s a good feature to take control of a drone if you are stuck in traffic, as you can see what is ahead, but that would mean you need to be able to multitask, and we know us men are not too great at that.

Put it this way, you would need to drive the Renault Kwid buggy, pilot the drone and also monitor the video feed sent from the drone. We can understand that Renault is trying to appeal to the younger driver, but let’s face it, Renault must have held a bring your kid to work day when this was being thought out.