Everyone is talking about Renato Sanches now, the wonderkid who won Euro 2016 with Portugal, now plays for German giants Bayern Munich and who has just been crowned the 2016 Golden Boy by UEFA.

It’s easy to forget that Sanches is only 19 too and he’s already one of the best cheap players to buy on FIFA 17 Ultimate Team. He wasn’t featured on FIFA 16 much to the disappointment of fans but thankfully he’s available on FIFA 17.

Now you can see a really useful Renato Sanches Squad Builder on FIFA 17 using just 50,000 coins and featuring some amazing players which will put up a good challenge online against opponents. 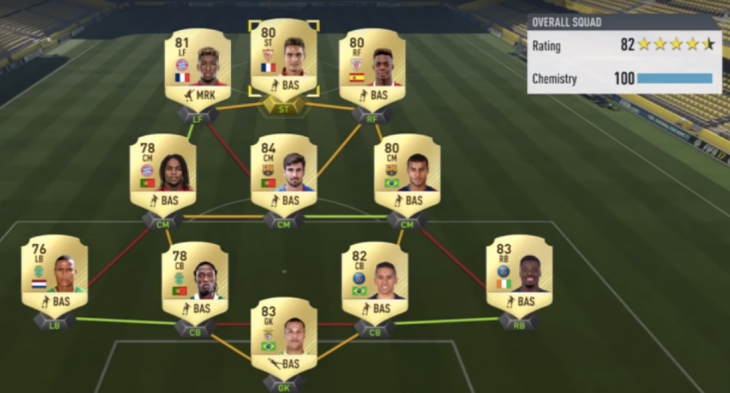 You can see how the Squad Builder is created below and it’s worth mentioning that it also features Kingsley Coman and Inaki Williams – another two amazing players to buy on FIFA 17 for relatively low coins.

How good is Renato Sanches on FIFA 17 in your opinion? It’s just a shame that his face needs an upgrade as it looks pretty terrible compared to Renato Sanches’ face on PES 2017.