Those of you who have installed the new Whatsapp update will have noticed that there is a big change regarding Whatsapp privacy. Specifically, the developers have added a feature allowing users to detect when a message has been read and as a result, we are now seeing big calls to remove Whatsapp blue ticks by downgrading to Whatapp 2.11.426 on iPhone and Android.

We have all seen this feature before, first with Facebook who introduced it and then with Apple who are now using read receipts on iMessages. Whatsapp are the latest company to introduce it though and it has become a controversial talking point among those who don’t really want to be pressurized or misunderstood into replying instantly after those blue ticks appear.

Fortunately, for those asking specifically how to remove Whatsapp blue ticks after the update, it does look like there is one method that you could try. 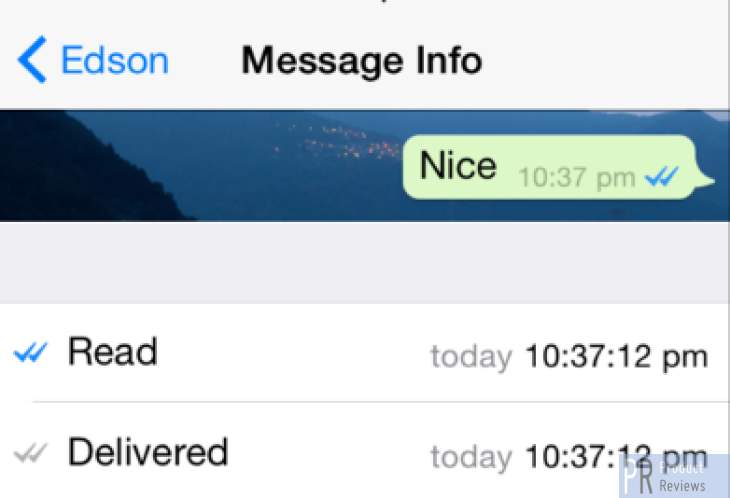 If you download Whatsapp 2.11.426, you will be downgrading to the previous version of the app before this blue tick update was introduced – now Whatsapp is on 2.11.432. We know that there are Whatsapp 2.11.426 download links online if you spend the time to look around, but ensure that you back up your data though when you attempt it – your messages will not be deleted by downgrading in case you were worried about that.

Another method that users have been trying is to turn off your WiFi and data before reading a Whatsapp message that you don’t want the sender to know you’ve read.

However, this gets rather troublesome after a while and you won’t want to do this every single time obviously. It’s a temporary solution as the developers gets pressurized to delete the blue ticks from Whatsapp – although we don’t see it happening soon.

After all, it is now a permanent feature on iMessage and Facebook, so it looks like it is going to stay on Whatsapp as well. We can see that a petition has already been set up though, asking Whatsapp to reverse the new privacy features introduced in the latest update.

How do you feel about the blue tick feature in Whatsapp – do you love it or hate it? Give us your thoughts below and let us know if downgrading to an older version of Whatsapp helped you or not.