Some people did not find the funny side of Top Gear last night, as many of you felt as though they kept the Peugeot joke going too long. However, I thought it was funny, and while I do not agree that all Peugeot drivers act that way, the direction in their car design has been suspect to say the least.

You have to wonder what Clarkson and May would think of the new refreshed 208 that is set to be on show at Geneva? Ok, so we know that this model is a far cry from some of the cars we have to look forward to at the auto show, such as some of these tantalizing concepts, and the 2015 Lotus Evora.

However, this new Peugeot is more in line with what the everyday driver looks for, and will be released to the European market from June. The changes are not that big, although you can clearly make out the revised front end to help give it a wider stance. 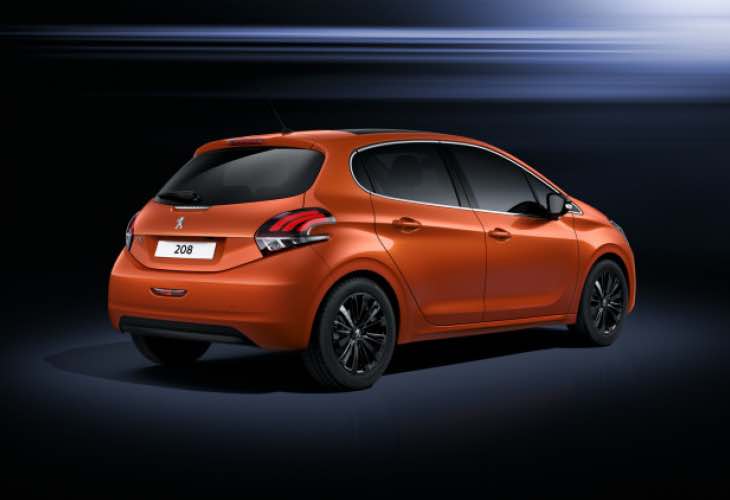 There is also more black and chrome at the front, especially near the headlights, and there are also LED lights, which seems the norm for todays cars.

One thing that may grab your attention and that is the new Peugeot 208 color Orange Powder, which you can see in the images above and below. As for the interior changes, there are not that many, albeit a few aesthetically.

A new trim level is also being added to the model range, and that is the GT Line, which takes a few design cues from the GTi. More details can be found on Autoblog, although full specs and price will be shared with us next week.