Those of you who are regular users of Reddit may be interested to know that there is finally going to be a native Reddit Android app release date coming very soon.

Reddit has recently let fans know that there is going to be a Reddit Android app beta to begin soon, ahead of the full launch which will happen within one to two months.

Now, you can officially sign up to join the Reddit Android app beta here, by filling out a form with your details to be in with a chance of testing out the app before everyone else. 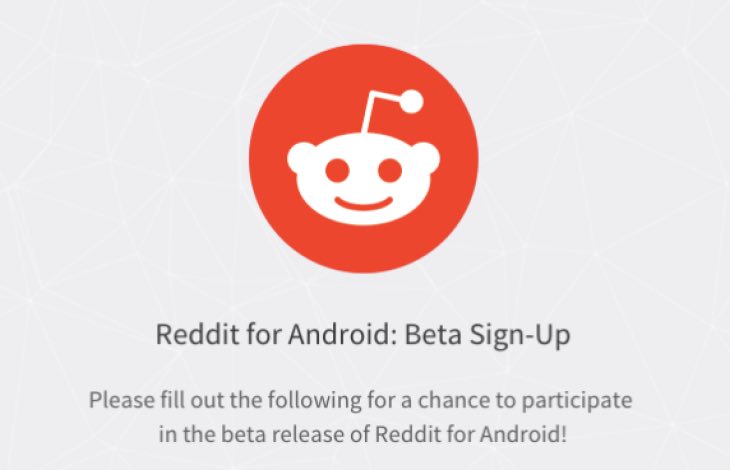 With millions of Reddit users worldwide, not everyone is going to get in but the developers have said here that they will do their best to try to get as many participating as possible.

Sign-ups are open right now and you’ll need to know that they end on December 18 at 11am Pacific Time. You basically have until the end of the week to leave your interest and hopefully you’ll get the news shortly after that you have been selected.

Are you a regular on Reddit? Let us know if you are participating and if you manage to get into the private beta.

Has a native Reddit Android app always been a priority for you?