We have some pretty exciting news now for those of you that are thinking about buying a copy of Tripwire Interactive’s much-anticipated WWII-themed first-person shooter game Red Orchestra 2: Heroes of Stalingrad, as the developer has just revealed details for the pre-order bonuses. The game is now available to pre-purchase on Steam at a 10% discount.

As recently noted over on the gamersdailynews.com website, the developer has announced a special Steam Digital Deluxe Edition of the upcoming Red Orchestra 2: Heroes of Stalingrad game. Not only will this edition include weapon unlocks for Red Orchestra 2; it also contains playable characters for Killing Floor, in-game items for Team Fortress 2 and more.

The Steam Digital Deluxe Edition will provide players with day 1 unlocks of the Semi Auto Sniper Weapons (G 41 (W) and the SVT-40) and the Elite Assault Weapons (MKb 42(H) and the AVT-40), Team Fortress 2 items — RO2 German helmet and Russian ‘Pilotka’ hat (vintage of bought during the pre-purchase) and access to the final phased of the Red Orchestra 2 closed beta.

It will also provide them with two playable characters for Killing Floor (WW2 Russian and German Soldier re-enactors unlocked in KF from the moment you purchase). That’s not all the developer is offering either, as those that already own the original Red Orchestra: Ostfront 41-45 game also have a chance to receive some additional bonuses.

Anyone who owns the original Red Orchestra game will also be offered an extra 10 percent discount during pre-purchase, meaning that they will get a total of 20% off. They will also receive a special in-game item (German Close Combat Badge/ Russian Guards Badge), as well as the ability to unlock the Mosin and Kar98 bayonets from day one.

The Red Orchestra 2: Heroes of Stalingrad game — which will be exclusive to the PC — is due to be released on August 30th. The upcoming game contains a few new features including first person collision detection and a new first person cover system that enables blind firing. Tanks will be included in the RO2 game, with more vehicles due after the game’s release.

Will you be pre-ordering a copy of the Red Orchestra 2: Heroes of Stalingrad game? 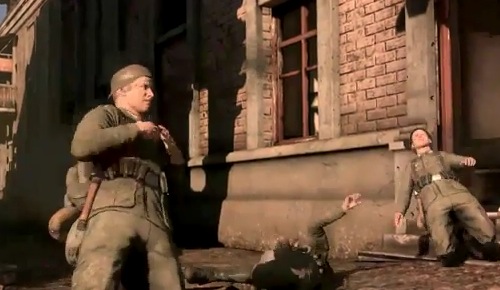